Tapas
Before I left for Barcelona, I was already aware of the Catalans’ “tapas” style of dining, which I have of course experienced at quite a few restaurants in the states. But small and consistent sharing-style plates of food were not what arrived at our table. When they say tapas, they literally want you to count the number of shrimp skewers and bruschetta pieces, for instance, because how many you want is how many you get.

From the first glance at the menu filled with a wide selection of fried meats and potatoes; slices of bread under almost everything, and sangria or wine authentically served  at every meal, you’d think you’d gain 20 pounds. But the small quantity of each order leaves you surprisingly satisfied and yet not totally full either. Oh and devouring your succulent little tapas and downing your drink is hardly appropriate in Spain either. The Catalans enjoy every bite and every moment of their meal, and the waiters expect you too as they enjoy taking their sweet time as well… In other words, a quick bite or meal is a vast rarity in Barcelona.

Paella
Originating in Valencia, “paella” is one of Spain’s signature dishes and is served at many restaurants throughout Barcelona. This rice dish is not only tasty and completely appetizing, but it is again designed to be shared and shared it will be! It is served hot and ready to eat and right out of the even hotter pan it was used to cook the combination of fresh seafood, rice, vegetables, etc.

Sangria
To put it simply, sangria is big in Spain. It’s served at every restaurant, at every hour, as white or red and made with all different kinds of fruit. It makes for a perfect drink by the beach on a hot day and ordering a pitcher at dinner for the whole table makes for good conversation.

Gelato
There was no need to order any “postres” (one of the first Spanish words I learned, and is translated as dessert) while dining out in Barcelona because just around every corner there is a Gelato shop enticing you with its radiating smell of sweet deliciousness. Yumm-y!

Spain’s Dining Timetable & Siesta
With the nine-hour time difference, it wasn’t too difficult to integrate Spain’s late eating regime. Breakfast time is whenever you wake up from your late night and consists of nothing more than a croissant or muffin with your morning coffee or juice. But the restaurants don’t fill with Catalans on their lunch hour until around 2 p.m., which is then immediately followed by “siesta,” or afternoon nap/relaxation time. After siesta, the Catalans and Spaniards (Notice I distinguish the two even though technically the Barcelonans are Spanish, but still like to be “distinguished” as Catalans) return to work and of course stay much later to make up for their mid-day break.

Believe it or not, most restaurants in Spain don’t open for dinner until around 9 p.m., as the common hour for the final meal of the day is around 10 p.m. Surprising, yes, but what’s more surprising is the all-night, all-age nightlife…

Barcelona Nightlife
After dinner, the Catalans head to the local pubs or bars for casual drinks and music. The most popular districts for these are found in the hip and chic El Born or off the narrow sides streets of the happening La Rambla promenade. The discotheques or dance clubs, however, don’t start booming until 2 a.m.; and they don’t quit until dawn either.

You wouldn’t think so, by the astonishing amount of people who take their drinks to the streets and the countless men asking you to buy one of their six-packs of “cervesas,” but open bottles of alcohol are not allowed outside the bars or restaurants. Either way, the Catalans love to party outdoors, late at night, on the beach, and at all hours. Salut! 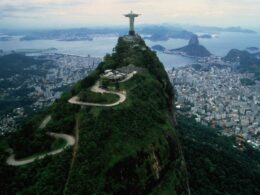 Get ready to start planning your next travel destination.
byChristina

Just because it’s the end of summer doesn’t mean all the fun has to end; especially when you can learn how to fly.
byChristina 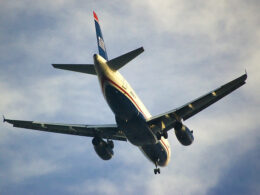 Travelers passing through international airports in Arizona will soon be able to wear their shoes and jackets through security checkpoints.
byChristina 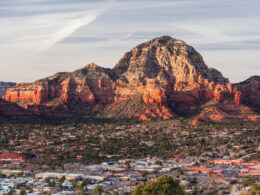 Reedy Press is pleased to announce the release of their new guidebook, 100 Things to Do in Mesa Before You Die, by Teresa Bitler.
byTyler Hollis