Lashing Out: How Eyelash Extensions Are Changing the Mascara Industry

Molly Smith dreaded putting on mascara. Meticulously globbing black goop on her eyes was giving her a clumpy mess, not full, natural-looking lashes. Then three years ago, her beauty routine changed in the blink of a fringed eye. Smith, 26, cut over 10 minutes from her makeup application while simultaneously increasing her confidence. How? By discovering eyelash extensions.

“I found out after getting the lashes that you actually can ‘wake up like this’ without makeup and just go,” said Smith, who lives in Scottsdale, Arizona as an assistant director of admission for The Art Institute of Pittsburgh.

Many women like Smith are bypassing standard mascara and switching to these semi-permanent extensions. Although mascara has been around since 1913, the popularity of false lashes has led to a slight decline to this once beauty staple. According to Nielsen Data, the $2 billion eye cosmetic industry, including mascara, is down 1.3 percent from last year, while false eyelash sales are now up 30 percent from last year with a value of $250 million.

Eyelash extensions, originally brought to the U.S. in 2004 after their immense popularity in Japan and Korea, are synthetic silk lashes glued individually as close as possible to the natural lash line. A wide variety of styles are offered for the perfect pair of tailored lashes- anywhere from a classic finish to a more dramatic look.

“The customization is endless,” said Smith, who prefers more of a hybrid lash that can be worn at an event while still being appropriate for the office. But Smith, a customer at the salon Let’s Lash in Scottsdale, said anyone interested in extensions should seek the hands of a lash technician with a certified esthetician license who works at a reputable salon. “It’s your eyelashes,” said Smith. “You can’t just go out there and wing it like you would on a vacation when you need a pedicure.”

Lori Myers, owner of Let’s Lash, said she had heard of a few other eyelash studios in the area when she opened in 2015 but the idea of getting extensions still sounded foreign to people. Three years later she continues to gather more clients and sees new locations “popping up like candy.”

To maintain fluffy lashes, wearers must cleanse them daily, get hour-long fills (touching-up extensions that may have fallen out) every two weeks–and expect to pay about $60 each visit, which adds up to roughly $1,500 a year. This has led to a whole industry of lash-related products like silk pillowcases to be gentle on extensions and oil-free makeup removers and cleansers to reduce weakening the lash adhesive.

Although the mascara industry has only suffered a minor decrease in sales, the booming interest in lash extensions has started a trend for women of all ages. Myers’ clients range from the age of 21 to 86. This incoming popularity has forced mascara brands to increase their diversity in marketing and in the products themselves. For example, Lancome releases a new mascara with new formulas every single year and other brands have included fibers to increase the appearance of growth when applying their mascara.

Devon Ableman, a digital beauty reporter for Allure, said women can get similar eye-candy lashes without the hefty price. “Beauty brands are launching mascaras that are touted as lash extensions and lash lifts in a tube,” said Ableman. “Those services can be time-consuming and expensive, so the mascaras provide the same lifted, lush results instantly at a more affordable price.”

The increase of variety in mascara is primarily due to people’s different preferences, according to Ableman. From the plethora of applicators, she recommends Hourglass’s Caution Extreme Lash for the makeup connoisseur and Glossier’s Lash Slick for an on-the-go lash fanatic. Each of those products would last longer than a single extension fill and would cut the yearly price by over 20 percent.

“Not everyone wants the same exact lash look,” said Ableman. “Like foundation or lipstick, people like to find a mascara that fits their routine best.” Ableman fears anything near her eyes and jokingly said she “can’t even get Lasik eye surgery.” Many women share concerns over possible health risks from these extensions.

Dr. Kevin Pfeiffer, an opthamologist in Evanston, Illinois, said the most frequent problems with eyelash extensions he has seen relate to the glue, known as cyanoacrylate, which may cause lid inflammation and function of the meibomian glands, which are responsible for producing a natural oil that maintains lid hygiene. So why are women risking eye damage? “Most don’t know the health concerns that can happen with it,” Pfeiffer said.

Pfeiffer prefers his patients to use mascara, as it is “more natural, more common, less expensive, and just the healthier option when used properly.” But if someone wants the look of lash extensions, Pfeiffer recommends Latisse– originally developed for glaucoma patients and then discovered to have a side effect of eyelash growth. The worry of permanent health risks is avoidable with Latisse and can be used continuously with the option of returning lashes to their original length when discontinuing the use.

Debbie Verver, a makeup artist in Phoenix, Arizona, has seen an increase in the number of her clients wearing eyelash extensions in the past three years. They are now “more accepted” and are becoming “the new norm.”

As for the future of the eyelash extension industry, Let’s Lash owner Myers predicts salons like hers will become as common as nail salons. “On every corner and every shopping center there is going to be a place where you can get your lashes done,” said Myers. “The amount of people getting eyelash extensions is only going to grow.”

But the love of mascara will never diminish, according to Verver, due to its timeless nature and the accessibility every woman has in pulling out a tube of mascara to enhance her natural features.“I absolutely think mascara is never going to go away,” said Verver. “It’s iconic and it’s history.”

As Yves Saint Laurent said, “The most beautiful makeup for a woman is passion, but cosmetics are easier to buy.” 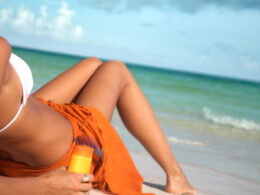 Get your faux-glow on with these tried and tested best sunless tanners, just in time for summer.
byChristina 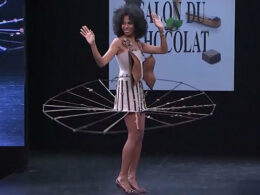 What are the French more known for than food and fashion?  The annual Chocolate Fashion Show in Paris,…
byCaitie 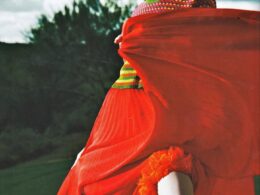 The Valley offers a wide range of vintage finds, from troves of men's and women's retro clothing, to accessories and housewares in almost any time period.
byChristina 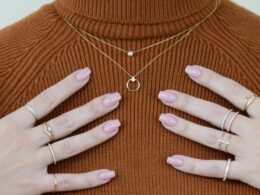