Project Runway winner Christian Siriano is giving us another way to stay “fierce” and fabulously beautiful with the launch of his first-ever makeup collection for Victoria’s Secret! In total Project Runway style, the color palette was created based off his Egyptian-inspired fall collection and his new line at Payless Shoes, hitting stores in September.

Yesterday, Christian Siriano celebrated and unveiled his new makeup line for VS at The Grove in LA with gal pal Kim Kardashian. 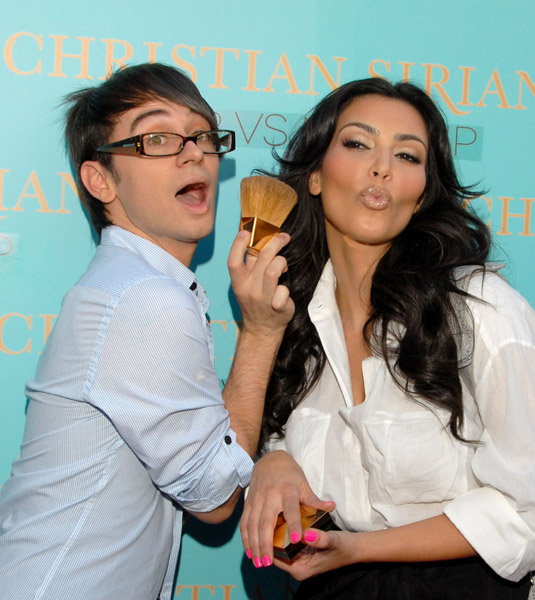 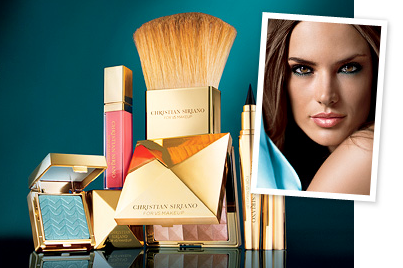 Siriano’s upcoming collections come at a perfect time seeing as everyone is gearing up for the long awaited new season of Project Runway (August 20). It is also advantageous of him to widen his audience with the, of course, designer clothing line coming out in Fall at your local Saks Fifth Avenue, but also with the affordable makeup and shoe lines at VS and Payless Shoes. This will be Siriano’s first collection to hit stores since he won Project Runway Season 4 in March, 2008.

Still the youngest winner of the award-winning reality show, Christian Siriano, surprisingly worked as a freelance make-up artist for Stila cosmetics and made wedding gowns for private clients, as well as interning at Marc Jacobs before he was chosen to be on Project Runway. So no surprise if his makeup is just as “ferosh” as his clothing!

Project Runway, formerly airing on Bravo, will now be a Lifetime Television media craze with its premiere scheduled for Aug. 20. Don’t worry all the same hosts and judges will be there including the lovely Heidi Klum to say “auf wiedersehen” to each outed designer. Click here for more information and list of new contestants for Season 6 of Project Runway.