Yesterday, Sports Illustrated swimsuit models flocked to the new “Swimsuit Blvd” on the Las Vegas Strip to celebrate this dedication. I don’t think a boulevard ever looked so good…

The SI models who did what they do best and posed for the cameras in front of the new sign were: Jessica White, Julie Henderson, Alyssa Miller, Genevieve Morton, Cintia Dicker, Brooklyn Decker, Anne V, Irina Shayk, Christine Teigen, Izabel Goulart, Kate Upton, Jessica Gomes, Damaris Lewis, Hilary Rhoda, Esti Ginzburg, Shannan Click and Kenza Fourati.Swimsuit Blvd has replaced “Rue do Monte Carlo” just off the Strip and obviously, in front of the Monte Carlo hotel. Sorry gentleman, although this was a dedication to “swimsuits”, the models were fully clothed (well some were in tiny dresses with skyscraping high heels).

I’m sure they could coax almost any man into attending this event, so it’s no surprise that the mayor of Las Vegas Oscar B. Gooman and President of Sports Illustrated Group Mark Ford posed with the lovely ladies.

Although Brookly Decker was there, it seemed all the cameras were on new Sports Illustrated cover girl Irina Shayk, who sported a short and stylish white dress. Irina was just announced as the new cover girl for this year’s issue of SI. You may recognize this Russian model from Kanye West’s “Power” music video or from seeing her hand in hand with her beau and Portuguese soccer stud Cristiano Ronaldo.

David Letterman is probably the only male in the world who is P.O.ed about this cover. He was supposed to reveal Irina as the cover girl on tonight’s “The Late Show with David Letterman” but it was leaked when Rana Wadlaw captured a pic of the Sports Illustrated billboard and posted it on Twitter, according to Celebuzz.
“I saw it from my office window,” Rana tells the Huffington Post. “I work at a media agency called Starcom Worldwide. They unveiled the billboard for a few minutes to tape it for the Letterman Show and then covered it back up. I guess they didn’t cover it fast enough!”
Irina Shayk will take the place of former Sports Illustrated cover girl Brooklyn Decker.
Click here to see the new cover and for more pics of Irina Shayk.
Total
0
Shares
Share 0
Tweet 0
Pin it 0 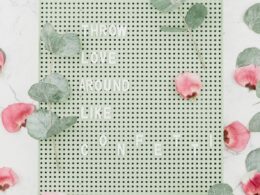 Ten Motivational Quotes to Get You Through This Week 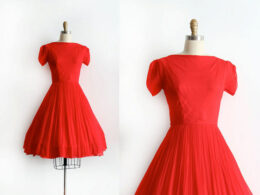 Christmas is just around the corner!  In spirit of the holiday, it’s time to pull out your cutest…
byCaitie 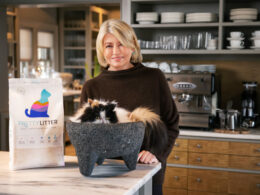 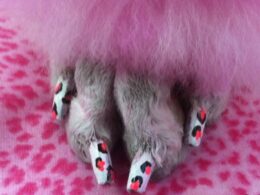 Nail Art for Your Dog

Cater to your pooch’s deepest desire to have his/her little digits match your polished ones.
byChristina