But don’t fret, there is actually some good summer TV on the horizon. Check it out:

NBC’s The Voice is another American Idol knockoff, but is actually a lot more successful than its predecessors. In this variation, judges Christina Aguilera, Cee-Lo Green, Adam Levine and Blake Shelton all face-off with teams of talent they choose without seeing their faces.

Real Housewives of New Jersey (May 16)

Who knows if the Real Housewives are coming to Scottsdale? Andy Cohen’s Bravo franchise is popping up in New Jersey again. We look forward to seeing Teresa again, the housewife who famously blew $11 million and has nothing to show for it.

It seems in this world there are AI people and So You Think You Can Dance people. I’m an AI person and Mary Murphy definitely grates, but FOX’s SYTYCD definitely softens the blow and lightens up my weeknights.

NBC’s America’s Got Talent is another summer show I don’t happen to love. I would probably rather watch SVU reruns. But for a family show that’s new, flip it on.

Everybody’s favorite Junior Desperate Housewives are back. Did Spencer kill Ian? Did he even die? Did “A” take his body? If so, where? What the heck is going on? We’ll all find out when Pretty Little Liars, ABC Family’s child prodigy, returns June 14.

Grab a fork and dig into Rocco’s Dinner Party on Bravo- a mini Top Chef starring the dreamy Rocco DiSpirito.

This show is disgustingly…hot? True Blood‘s fourth season kicks off June 26 with a bloody bang.

The Hills is gone, so after Entourage ends after this final season, where will we get our pretty Hollywood eye candy? Google Images, I guess. How do you think Entourage will end? Is Adriene Granier’s character still a deadbeat? Somebody fill me in, STAT.

ABC’s hot mess Bachelor Pad is actually back for a second season. If there’s anything more desperate then The Bachelor, it’s a bunch of Bachelors and Bachelorettes hanging out in a mansion with a fully-stocked “I-can’t-believe-I-just-did-that” bar. We’ll be tuning in, that’s for sure.

Did I miss anything? What are you watching this summer? 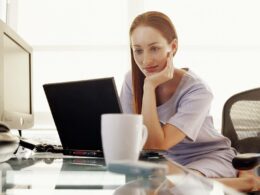 How many times have you wished and tried you could see someone’s Facebook profile?
byChristina 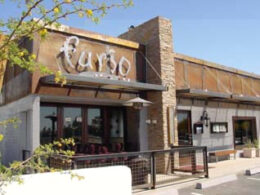 What better way to start the week than with a delicious martini and a manicure? Enjoy…
byJackie

What Your Coffee Order Says About You

There’s a reason why you always get a non-fat latte or black coffee.
byChristina 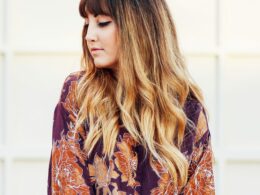