A Powerful Speech on Feminism By Emma Watson

Emma Watson has come a long way since her days as Hermione Granger in Harry Potter.  Watson spoke as the UN Women Goodwill Ambassador and gave a powerful and thought-provoking speech for the “HeForShe” campaign.

In her speech, Watson fought for gender equality trying to remove the stereotype that women can’t be strong and men can’t be sensitive.   This speech has already gone viral, with milions of views from around the world and for good reason.  Watson hopes to make the “Us vs. Them” mentality disappear, making this a relevant issue among both females and males.

Some of the most moving parts of her speech are featured below, along with a video of this history-making speech.

“I decided I was a feminist and this seemed uncomplicated to me. But my recent research has shown me that feminism has become an unpopular word. Apparently I am among the ranks of women whose expressions are seen as too strong, too aggressive, isolating, anti-men and, unattractive.”

“Men—I would like to take this opportunity to extend your formal invitation. Gender equality is your issue too.”

“We don’t often talk about men being imprisoned by gender stereotypes but I can see that that they are and that when they are free, things will change for women as a natural consequence.”

“I want men to take up this mantle. So their daughters, sisters and mothers can be free from prejudice but also so that their sons have permission to be vulnerable and human too—reclaim those parts of themselves they abandoned and in doing so be a more true and complete version of themselves.”

Check out her speech below.

#KittenLovers It's kitten season at The Scottsdale

OMG! ✨Even the pandemic couldn’t stop the Best

#InHouse What’s hot on the Market?! This newly t

A BIG Happy Birthday to our 2020 #FaceOfFoothills

#TylersTasteTalks Congrats to the Arizona Biltmore

Did someone say #Staycation ?! Sunset Views are pr 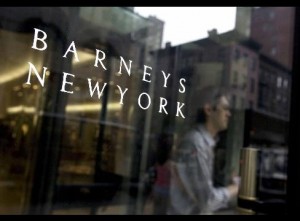 Combining high-end luxury with cheap chic is the addition of two fashion favorites to the Scottsdale area in 2009. Prepare…
byAmy
Read More

The Teddy Boy is Back and More Dapper Than Ever

5 Faves with Katrina Fox of The Foxy Kat