Oh my gosh I WON!!! 🎉🎉🎉🎉🎉😍💖 I won @azfoothills magazines cutest dog contest!! I couldn’t have done it without all your votes friends!!😍🤗 thank you so much for helping me get into the finals!! Thank you to all the judges who picked me and Thank you to the cutest boutique @ohmydogboutique for hosting it!! 🎉🙌🏼 we had the best time and my mommy, daddy and Alli are so proud of me!!😍💖 I’m so honored I get to be in their THE BEST OF 2019 magazine and I got lots of prizes to share will Alli!! 🎉😍🙌🏼 swipe ➡️to see last years winner the beautiful @cocothemaltesedog ✨ and my pawsome prizes from @ohmydogboutique !🎉 • • • • #cutestdog #cutestdogcontest #dogdaysofsummer #winner #cantbelieveit #honored #shorkies #emmitheshorkie #darlingpetunias #teacherspet1 #hawtlikejalapeno #cutestface #pupfluencer

Over the summer, hundreds of fur babies entered AZ Foothills annual contest. After six weeks of online voting the top fifteen pups with the most votes moved on to the Finale Pawty at Oh My Dog Boutique Hotel. The doggos strutted their stuff on a red carpet runway in front of a panel of pooch loving judges including previous Dog Days winner Coco, the Instagram famous Maltese. Four winners were crowned including Cutest Small Dog, Cutest Large Dog, Best Dressed and an Overall Cutest Dog Winner.

Emmi, whose special skills include acting like a cuddly little teddy bear and modeling on Instagram, took home the Overall Winner title. When she’s not posing for the camera she enjoys riding around town in her mom’s bike basket or pup stroller with her furry sister, Alli. Emmi also plays an important role as her mom’s service dog, alerting her of any medical issues. You can check out Emmi’s best outfits, poses and adventures on Instagram at @emmi_the_shorkie.

Sadie, a sweet 8-month-old Toy Poodle Mix rescue pup took home Cutest Small Dog. Some of her hobbies include chewing on her daddy’s shoes, chasing empty water bottles and cuddling. Follow Sadie’s adventures on Instagram where she shares an account with her brother and sister at @SchmidtPuppies.

Beau, a darling is a 6-month-old Goldendoodle, won Cutest Large Dog. Beau suffers from some neurological deficits, such as a permanent head tilt, but that doesn’t stop him from being a crazy, happy pup! This cutie pie was made for cuddles.

ChiChiHuaHua, a ten-year-old Chihuahua who loves to dress in festive garb, snagged Best Dressed. The pint-sized princess can perform second handstands and enjoys licking faces. She recently joined the Instagram community and can be found at @ChiChiTheLittleChihuahua. 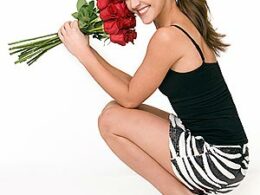 Learn More About the New 2011 Bachelorette

Is it May 23 yet? I simply can’t wait for The Bachelorette to premiere on ABC TV. Yes,…
byJackie 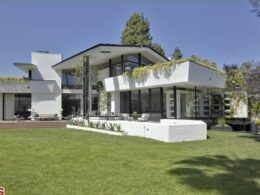 Ellen Degeneres now owns possibly the best house in all of Los Angeles.  This $39.888 million home will…
byCaitie 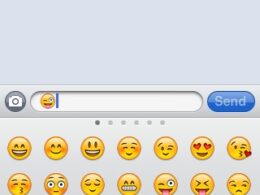 Add Smiley Faces and Icons to Your iPhone Text Messages

The iPhone is quickly catching up with its MacBook predecessor, thanks to some genius app inventors. But my…
byJackie