My fellow-females, happy International Women’s Day! If you have visited Google.com today, you may have noticed that the logo is paying appreciation to us ladies around the globe. More than 100 countries are participating in this day as a commemoration of its 100th anniversary. But how can we participate? Don’t bother the search engines, I’ve found ways to embrace OUR day.

President Barack Obama has declared the entire month of March 2011 to be “Women’s History Month” in honor of the 100th anniversary. He is also calling all of us to reflect on “the extraordinary accomplishments of women” in shaping the country’s history. And according to Wikipedia, last night, Secretary of State Hillary Clinton introduced the “100 Women Initiative: Empowering Women and Girls through International Exchanges.”

In our forward-thinking country, we may forget that women still struggle with equal rights in various countries. According to the International Fund for Women, although women contribute more than half of all labor performed and produce more than 50% of the world’s food, they only own about 1% of the world’s assets and represent 70% of those living in absolute poverty.

Here are ways to join this important initiative behind our fellow females:

Join Women (and Google) on the Bridge Campaign & Donate! The powerhouse tech giant, Google, is even saluting to the women of the world by joining forces with Women for Women International to put on “Join Women on the Bridge.” From the Millennium Bridge in London, the Brooklyn Bridge in New York City, to the Golden Gate Bridge in San Francisco, people are coming together to support women’s causes and celebrate women’s achievements.

Other than heading to the bridge nearest you, you can donate to any of the participating women’s organizations. More info here.

Watch these Inspirational Videos on Brave Women Around the World! Too busy to make your way to a bridge? That’s okay. Just click here and check out inspirational videos of women’s brave stories from around the world, provided by Save the Children.

“According to the organization, in many poor communities around the world, sons are considered a blessing, while daughters are viewed as a burden. As a result, families often marry off their daughters early – sometimes as young as 9. To give these girls a voice, Save the Children has partnered with the Nike Foundation to launch The Girls’ Voices project, helping girls develop the resources, skills and confidence to participate in planning their future,” according to USA Today. Click here to see for yourself!

Read and Share a Myth About Women! “Women can’t lead.” “Girls can’t do math or science.” “Women crack under pressure.” ALL myths! This is why CARE unveiled its “Top 10 Myths about Women” in partnership with Smith College, MIT’s Poverty Action Lab and The Girl Scout Leadership Research Institute. The report celebrates inspirational mythbusters – some past, some present – who have worked to dispel notable pieces of female folklore.

Facebook links to the most empowering story or video you’ve read or seen today! Now that you’re inspired, Valley Girl would like you to post your favorite story or video on your Facebook or Twitter page in order to spread the word. Do your part…

It’s always heartwarming when the rich and famous use their wealth and popularity for a good cause. Thursday…
byJackie 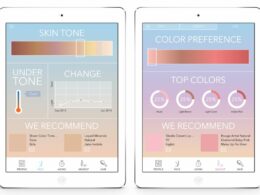 When it comes to beauty, us women are willing to try anything to give us the upper hand.…
byCaitie 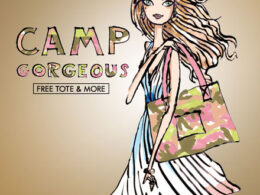 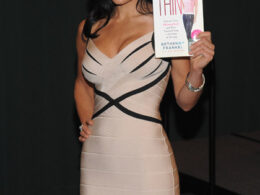