Whether chewy, colorful or fluffy, your favorite type of candy can say a lot about your personality, at least according to Terese McDonald, owner of Candyality in Chicago.

Though not based on science, McDonald applied her skills from being a former sales executive to determine what she calls a “candy profiling technique.” The candy-decoding pro noticed that people who preferred the same types of candy seemed to have similar personalities.

Just in time for Halloween, find out what your favorite candy says about your personality from McDonald’s interview with Refinery29.

TM: “Just like the famous cookware, nothing ever sticks to you! You are very durable and flexible — a rather ‘tough cookie’ and a force to be reckoned with.”

TM: “Watch out, Monet, Bill Gates, and Martha Stewart! You may be eating color, but you’re also inspired by it. You’re artistic, creative, and crafty. So, paint us a picture, invent something, or get out that glue gun and show the world what you’ve got!”

Crunchy – like Nestle Crunch or other candies with nuts TM: “You are a smart cookie who really gets into details and has a tendency to get whatever you go after. Furthermore, you’re a shrewd negotiator and a superb dealmaker who is always triumphant.”

TM: “Put on your dark glasses Jackie O! You exhibit gracious behavior, have excellent taste, and are mature, resourceful, and polished. Friends and family admire your highly developed sense of style.”

TM: “You are loving and passionate and have a tendency to follow routines. Most importantly, you seek out the good in people, places, and things.

White Chocolate TM: “Here’s the debate: Is white chocolate really chocolate or is it a made-up concoction? This one can be tricky, as while you are very well-liked, some accuse you of being a little plastic. Hold your head up high because you are a well-read trendsetter who was born to be a natural leader.”

TM: “You are often accused of being a dreamer, but you are not on cloud nine! Conversely, you just like to take it all in. People tend to tell you their secrets and problems because you’re considered to be a good listener.”

TM: “Sometimes, you are perceived as being cold, aloof, or shy, when you are really just being logical, sensible, and modest. People like to hang out with you because you are a ‘Steady Eddy.’ In other words, you are even-keeled and easy to be around.”

TM: “Goodness gracious, you’re loyal! You’ll go to the ends of the earth for your friends and loved ones due to the fact that you’re a kind, considerate, and good-natured individual.”

Sour – sour gummy worms, WarHeads, Lemon Drops TM: “You are an extremist, a risk-taker, and you love fun and adventure! It’s okay for you to put all that you’ve got out there because you believe in your abilities and know that it will come back to you in a very positive way.” 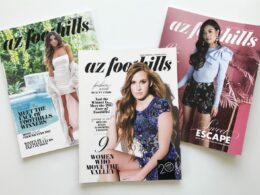 AZ Foothills annual Face of Foothills model search contest is back for its eleventh year and whether you’re a seasoned runway pro or a total newbie with big model dreams you could be our next cover model and take home thousands in cash and prizes.
byKarah Van Kammen 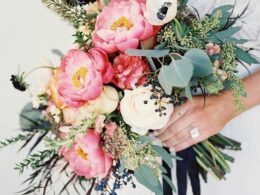 Expert Advice for Brides During COVID-19

Brides, we know wedding stress is at a whole new level right now but before you go full panic mode on your matrimony plans, take a deep breath and read through these tops tips from Ranu Coleman, CMO of online bridal boutique Azazie.
byKarah Van Kammen 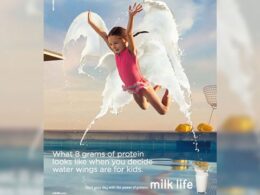 Say Goodbye to the “Got Milk?” Campaign

Our generation has grown up to with the slogan “Got Milk?” paired with signature milk mustaches.  For years…
byCaitie 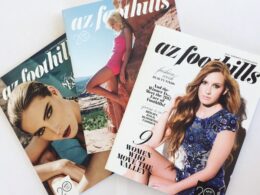