As 2020 nears its end and Ava Cashman, our reigning Face of Foothills, gets ready to pass her crown to the next years’ winner. We met with her to talk about her experiences enduring the pandemic and 2020 as a whole.

Ava won the title back in January of this year. She was preceded by former FOF 2019 model, Mel Rodriguez.

Full of excitement and ideas, Ava said, “I want to take the Face of Foothills to the next level.”

By early March, COVID-19 had hit, and nothing would remain the same.

Businesses were shattered, people told to “stay home and stay safe” and “be together, but apart.”

Millions were furloughed or laid off. Three weeks of “flattening the curve” turned into months of extended quarantines.

It seems all of us have had to learn to deal with personal loss, financial struggles, and political unrest.

With an understanding of the severity but melancholy over the reality, Ava expressed her disappointment over not performing or receiving some of her Face of Foothills obligations and prizes such as her cover release party, personal appearances, networking opportunities, and a trip to Mexico.

However, I am grateful for what I could do and am most thankful for the owners, Michael and Hannah Dee, who supported me throughout this crazy year.

When asked about her year in general and her top highlights of 2020, she listed them with no hesitation, starting with her cover, billboard, and photo spread with the AZ Foothills Magazine.

Seeing my face on my first magazine cover was surreal.

The second, walking in The DC Swim Virtual Show and Miami Swim Week.

Being in Miami Swim Week has been on my bucket list since I can remember. Although it was done a bit differently due to COVID-19, it was still an amazing experience, and I hope to be in many more shows in the future.

Then there was the Phoenix Fashion Week Style Trend Virtual Show.

I started my modeling with Phoenix Fashion in 2018, shortly after moving to Arizona from Boston. So to come full circle with them and to be asked to be able to be a part of their virtual show was an honor, and I was thrilled to be included.

However, fate also had something else in store for Cashman… love!

I first saw Kareem at the Fashion Square Mall over a year ago. I knew OF him but didn’t KNOW him, and he didn’t know me.

She grinned with a lovestruck look on her face and said that she went home that day and told her mother that she met her future boyfriend.

Kareem Jassan is 19 years old and was born in Iraq. He is second to the youngest in a family of three brothers and two sisters. His family moved to Arizona in 2015 to pursue a better education and overall quality of life.

After graduating from Deer Valley High School, he attended one semester at Paradise Valley Community College, where he wanted to focus on Physical Therapy and becoming a Chiropractor.

His career path then took a turn.

I started TikTok videos just for fun like everyone else.

Although his TikTok was not like everyone else’s, he grew in popularity and grew fast. Kareem then ventured into other social media platforms of YouTube and Instagram, where he continued to develop a more extensive and more substantial fan base.

He is now able to support himself and his family thru these platforms. However, when asked about his passion, Kareem said, without any hesitation, “soccer”.

I love all sports, but soccer is my favorite. I currently play on every club team I can and hope to become a professional one day.

Two unlikely people from opposite sides of the world met and fall in love.

One of the things I love the most about Kareem is that he is willing to go anywhere and do anything. His adventurous spirit is such a gift to me.

I want to support myself by doing what I was meant to do and what I love.

Ava is hoping to become a brand sponsor, be in commercials, and continue her professional modeling career throughout 2021.

Ava and Kareem seem to be building the foundation for a long and lasting relationship.

“Kareem brings out the best in me” she says….

We wish both Ava and Kareem all the best, both personally and professionally.

We will be seeing a lot of them in the years to come! 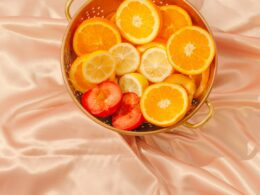 Worried About Your Immune System? Try These 5 Natural Remedies

Body aches, fever, chills and nasal congestion… no thanks. These common symptoms of the flu can stop you…
byKarah Van Kammen 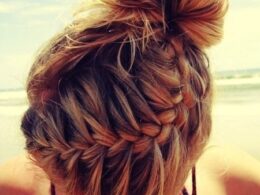 AZFoothills Pinterest Covers the Best in Valley and Luxury Living

AZFoothills’ Pinterest has you covered with DIYs, gorgeous photo eye candy and our latest articles.
byChristina 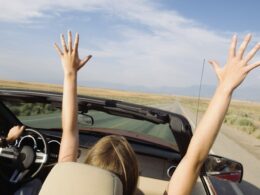 8 Resolutions to Make Your Life Better in 2015

New year, new you!  With the closing of another year, we are given the chance to start fresh…
byCaitie
Read More

The 2011 Face of Foothills Grand Finale is here!

This week is all about change. Change in our government and (most importantly) change in our Face of…
byJackie