The beginning of movie awards season has officially begun, now that the Golden Globe Nominations have been announced. If you read my post on movies to watch over the holidays a few weeks back, you’ll see that even the critics have nominated a fair number of the fave upcoming Christmas releases, and more that you might want to take in!

It looks like The King’s Speech has taken the most nominations with seven nods, with The Fighter and The Social Network following with six each.

What we’ve all been waiting for- the Dramatic Movie category includes Black Swan, The Fighter, Inception, The King’s Speech and Social Network.

Last year’s Sexiest Man Alive has the spotlight once again! Johnny Depp has been nominated twice in the same category (Best Performance by an Actor in a Motion Picture – Comedy Or Musical) for his work in Tim Burton’s Alice in Wonderland and last weekend’s box office failure The Tourist. Depp’s co-star and my favorite actress Angelina Jolie also received a nomination for her work in The Tourist.

In addition to Jolie, comedy actress nominees are Annette Bening and Julianne Moore, for The Kids Are All Right; Anne Hathaway, for Love and Other Drugs; and Emma Stone, for Easy A.

The nominees for leading actors in a drama, in addition to Gosling, Franco and Firth, are Jesse Eisenberg who played Facebook founder Mark Zuckerberg in Social Network, and Mark Wahlberg, who played Mickey Ward in The Fighter.

Actor nominees fo comedy, other than the double nods to Depp, are Paul Giamatti, in Barney’s Version; Jake Gyllenhaal, in Love and Other Drugs; and Kevin Spacey, in Casino Jack.

Dramatic actress nominees, in addition to Williams, are Halle Berry, in Frankie and Alice, Nicole Kidman, in Rabbit Hole; and Jennifer Lawrence, for Winter’s Bone.

No surprise here… Glee leads the pack with five nominations, while eight other shows (30 Rock, Dexter, Modern Family and Mad Men, among them), received three each.

Best drama television series nominations have been given to the all-new HBO hit Boardwalk Empire, along with Dexter, The Good Wife, The Walking Dead and, once again, AMC’s Mad Men.

As for the best television series for a comedy or musical, the nods go to 30 Rock, The Big Bang Theory, The Big C, Glee, Modern Family and Nurse Jackie.

Best Actor nominations for a comedy or musical TV series go to Alec Baldwin for 30 Rock, Thomas Jane for Hung, Matthew Morrison for Glee, Jim Parsons for The Big Bang Theory, and Steve Carell for The Office, which is on its last season with the hilarious actor.

The Office’s originator, Ricky Gervais, is set to be the emcee at next month’s big event! 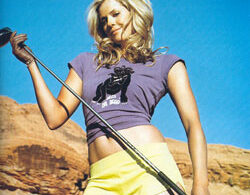 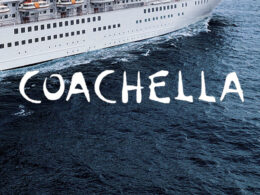 Coachella is taking its music fest to the sea this December.
byChristina 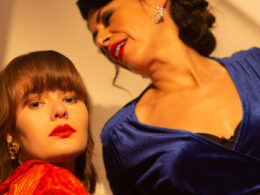 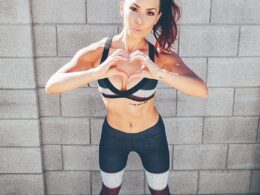 5 Faves with Briana Traynor of BSkyFitness