At some time or another, you’ve heard that green tea is good for you. You may have even heard that it can help you lose weight. Whether you believe it or not, I’m here to tell you: IT WORKS! 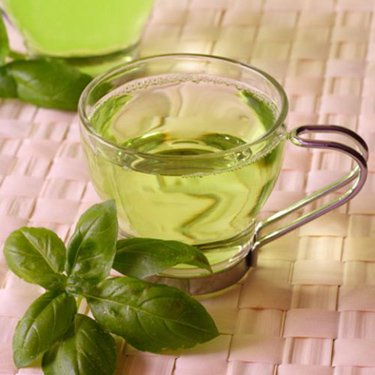 For the past couple of months and for no experimental purposes, I have been going green. No I haven’t been an eco-friendly advocate, I have been spending my every morning with a warm cup of green tea. It’s the first thing I do when I get up and I am now an ADDICT.

I used to head to my local Starbucks for every female’s rendition of a cup of Joe–the Skinny Vanilla Latte. But on top of it taking a serious dent in my bank account, me and high amounts of caffeine did not mix. I felt even more tired than I was before the cup, had horrible headaches, anxiety and was constantly dehydrated.

After kicking that bad habit, I soon realized it wasn’t the coffee taste that I loved, it was simply the comfort of sipping on something warm on those chilly mornings. So I switched to green tea and it turns out that its minimal amount of caffeine gives me that little morning boost that won’t send me crashing an hour later.

Okay, let’s get to the part you’ve been waiting to hear… Yes for the past two months I have made my lifestyle much healthier (we’ll get into that next) by adding a cup of green tea to my morning regime, but I have an unhealthy confession. I have not been very good about incorporating exercise into that regime either. But this is how I know my green cup is working its magic… I’ve lost weight and body fat!

This green tea benefit alone is enough to ditch those lattes, ladies! But there are many more benefits to my new found secret…