You can pretty much see a concert any weekend of the year. But this month, pay close attention to the schedule for there are some incredible and legendary musicians in store. Take a look at our favorites… 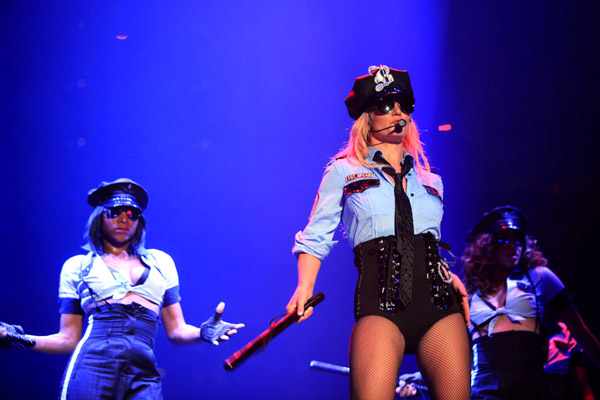 The Temptations
Celebrity Theatre
440 N. 32nd St.
Phoenix, AZ 85008
3/6 – 8 p.m. , Come hear first hand some of The Temptations’ greatest hits that have made it into The Rock and Roll Hall of Fame’s 500 Songs that Shaped Rock and Roll including “My Girl”, “Ain’t Too Proud to Beg”, and “Papa Was a Rollin’ Stone”. The Temps five-decade career has stemmed them to release four Billboard Hot 100 number-one singles, 14 Billboard R&B number-one singles and three Grammy Awards. Don’t miss this once in a lifetime experience right here in Phoenix!

Kenny Loggins
Celebrity Theatre
440 N. 32nd St.
Phoenix, AZ 85008
3/8 – 8 p.m. Get “Footloose” at this high-energy concert March 8! Kenny Loggins, the double Grammy Award winning superstar is set to put on an amazing performance at Celebrity Theatre. Loggins is known for such hits as “Meet Me Halfway” from Over the Top and “Danger Zone” and “Playing With the Boys” from Top Gun. Get your tickets fast!

Adele
Marquee Theatre
730 N. Mill Ave.
Tempe, AZ 85281
3/10 – This English rhythm, blues and soul singer and songwriter is headed to Tempe this coming Monday. Her talents have landed her four Grammy nominations and she describes her touching music as “heartbroken soul”. Come hear her new album, 19, which debuted at number one in the UK and was nominated for the Mercury Prize.

Bob That Head Tour with Jessica Simpson and Rascal Flatts
Cricket Wireless Pavilion
2121 N. 83rd Ave.
Phoenix, AZ 85035
3/12 – 6:30 p.m. The American country rock band and Ms. Southern belle herself are taking the stage next week in Phoenix. The Rascal Flatts are bringing their Bob That Head tour to the states with Jessica Simpson as their opening jewel. Prepare for some dancing and of course bobbin’ of the head at this fun-filled country concert!

David Archuleta
Marquee Theatre
730 N. Mill Ave.
Tempe, AZ 85281
3/16 – 7 p.m. This American Idol runner up won the hearts of every avid AI watcher last year, and now is back at center stage for his own solo tour! David Archuleta will grace us with his vocal talents at Marquee Theatre on March 16, so grab your tickets and your daughters because Archuleta is hard not to love.

The Killers
Dodge Theatre
400 W. Washington St.
Phoenix, AZ 85003
3/16 – 8 p.m. The Killers albums have somehow made their way into everyone’s iTunes. And with their new Day and Age album out with the already famous hit “Human,” the concert should sell out fast. The Vegas-based alternative rock band (with sexy singer Brandon Flowers) stole the high charts with hits “Mr. Brightside” and “Somebody Told Me” with the release of Hot Fuss in 2004.

The Circus Starring Britney Spears 2009 Tour
Jobing.com Arena
9400 W. Maryland Ave.
Glendale, AZ 85305
3/24 – 8 p.m. The drama queen, train wreck is back with a sexy new look and album – Circus. Britney Spears is doing her first arena tour in five years and is performing at the Jobing.com Arena on March 24. She will perform her hit single “Womanizer” along with other Britney favs. The Pussycat Dolls will open for the celebrity icon.