Phoenix Film Festival – Better than Ever

For those of you who’ve ever dreamed of walking the red carpet and being the first to view a newly released film, here is your chance. The week-long Phoenix Film Festival is set for the beginning of April and to make quite a lasting impression with this year’s celebrity appearances, world premieres and exciting parties and events. The films start rolling on April 2 and continue through April 9 at Harkins Scottsdale/101 Theatre… don’t miss out!

Guests can enjoy the world premiere of the film “500 Days of Summer” — an offbeat romantic comedy about a woman who doesn’t believe true love exists, and the young man who falls for her. The film stars Joseph Gordon Levitt and Zooey Deschanel.

“The Merry Gentleman” is set to premier for the first time and is directed by and starring Michael Keaton and featuring Kelly MacDonald. The film comes courtesy of Samuel Goldwyn Films and the screening dat and time will be announced in the near future.

Virginia Madsen will be at the Festival, Saturday, April 4 at 7:30 p.m. with a screening of her documentary “I Know a Woman Like That”.

See Johnathon Schaech (the sexy actor from “That Thing You Do”) at a screening of his new film “The Poker Club” on Friday April 3 at 7:40 p.m.

Join Bill Engvall at “A Conversation with Bill Engall” on Sunday, April 5 at 5 p.m. for clips from his career, a discussion, a screening of his new short film “Cowboy Dreams” and an opportunity for the audience to ask questions.

The movie madness begins on April 2 in one of the largest theatres in Arizona starting with a fabulous cocktail party. Guests will then experience the largest movie premiere in the state. Films such as “Confidence,” “Happy Endings,” “Akeelah and The Bee,” “Fracture,” and “The Visitor” have traditionally opened the festival, with filmmakers and actors on board for intros and Q&A with audience members. After the opening night screening the crowd will head back out to the Arizona Republic Festival Lounge for the Opening Night Party.

If you miss the boat on the opening night parties, don’t fret, screenings on April 3 through 5 and on closing night (April 9) will feature after-the-show parties to celebrate these wonderful films brought to Arizona. On closing night, the festival will be “calling it a wrap” with a big Thursday Nigh Bash!

For tickets or for more information please visit www.phoenixfilmfestival.org.

Opulence is destined at “Noir, An Evening of Darkness and Light,” as guests will be surrounded by a…
byJackie 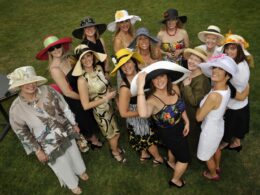 Looking for the perfect place to kickback and enjoy “the most exciting two minutes in sports?”  This May,…
byCaitie 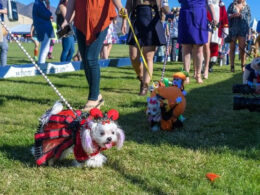 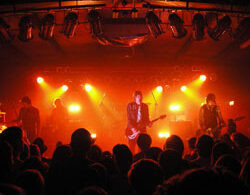 Not-to-Miss Upcoming Concerts in the Valley

So it has been a long time since I’ve updated you on the upcoming concert schedule. But it…
byJackie