Summer is about to get event hotter with Phoenix Fashion Week Emerging Designer & Model Launch party hitting the runway on Friday, June 23rd at Scottsdale’s newest ultra lounge, Ellure. Fifteen new Emerging Designers to show at Phoenix Fashion Week in the fall will be introduced at the Friday night style soiree. The select designers represent a global lineup who were discovered following a 10+ city tour of the United States and abroad including:

The designers will compete in a 3-month Bootcamp challenge in preparation to show at Phoenix Fashion Week at Talking Stick Resort, October 5-7, 2017 and potentially win the title of ‘Designer of the Year and a $10,000 prize package.

The 2017 Top 40 model lineup will also be revealed at the launch party. The models, who were discovered after a state-wide search earlier in June, will compete in their own 3-month Bootcamp comprised of beauty and runway challenges to win the title of ‘Model of the Year.’ The journey began just a couple weeks ago with Leidan Mitchell Salon model makeovers, where the salon gave them all new looks and tested their photo skills for the Headshot Challenge.

Tickets for the Emerging Designer & Model Launch Showcase are $30 for general admission, VIP Lounge seating for (6) $300.  Tickets can be purchased exclusively at www.PHXFWLaunchParty2017.eventbrite.com. 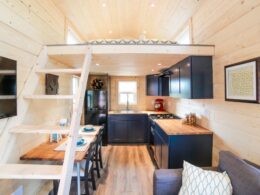 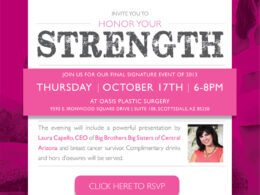 Women from around the Valley will join together to honor Breast Cancer Awareness Month at the Honor Your Strength event.
byChristina
Read More

The world of fashion is always working in the future. So even though we just started donning our…
byJackie 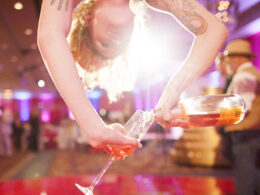 The Cocktail Society Comes to Scottsdale

‘The best party you’ve never been to’ is coming to the Scottsdale Performing Arts Center on Friday, April 7,…
byKarah Van Kammen