It’s the start of a brand new season. Although it’s easy to get sucked into being a work-a-holic again, take a break and enjoy a quality flick at your local theatre because September has some must-see films in store for movie-goers.

All About Steve: Sandra Bullock will once again make us laugh as she plays a cruciverbalist, a crossword puzzle constructor, who becomes infatuated with a handsome guy named Steve (played by Bradley Cooper), who on the other hand thinks she is crazy. See if the pair becomes a match in the end.

Extract: From the makers of Office Space comes a portrayal of another ordinary guy facing workspace issues, along with problems at home. This comedy stars Jason Bateman, Mila Kunas and Ben Affleck.

Gamer: It’s now the future and “gaming” has become so advanced that people can now control other people in an online game. People are able to perform their inner most fantasies in a new, controversial game called “Slayers.” See what happens when one must play the game to save his family. Gamer stars Gerard Butler.

9: Focus Features presents a sci-fi animation flick where machines have once again turned on mankind. Produced by Tim Burton.

Sorority Row: This suspenseful horror/thriller involves a group of sorority girls who accidentally kill a sister while playing a prank. The girls are in for a deadly surprise after they decide to keep the haunting secret to themselves. Sorority Row stars Rumer Willis.

Tyler Perry’s I Can Do Bad All By Myself: See how a troubled women is affected by new children and a new roommate in this drama. Movie stars Mary J. Blige, Tyler Perry and Taraji P. Henson.

White Out: Kate Beckinsale, who plays a US Marshal, investigates the first murder in Antarctica. As she seeks to find him, she has become new prey for the loose killer in a deadly Antarctic whiteout.

Beyond a Reasonable Doubt: See what happens when a perfect, high-profile lawyer is investigated for secret crimes. Film stars Michael Douglas.

No Impact Man: Author Colin Beavan becomes a self-proclaimed environmentalist and decides to go completely green for one year. What seemed like a good plan, turns costly when his wife and son enter the picture.

White On Rice: Divorced Jimmy, who lives with his 10-year old nephew, is newly divorced and seeks a new wife. When he falls for his best friend’s nephew, everything starts to go terribly wrong. This comedy stars Hiroshi Watanabe.

Love Happens: Sometimes when you least expect it, love happens. Jennifer Aniston plays a woman who owns her own flower shop and falls in love with a publisher who has lost his wife. Although he seems to be getting praise and fame for his book, he finds that he is not being true to the world and himself.

Jennifer’s Body: Sexy Megan Fox plays a cheerleader who goes bad, very bad as she begins to kill boys in a small town.

The Informant: Matt Damon plays a rising executive at ADM who turns his back on his own company to inform the FBI of his corporation’s conspiracies. Even as an informant, he still hopes to be promoted.

Paris: Juliette Binoche stars in one of several interconnected stories of people living in the City of Lights – Paris! 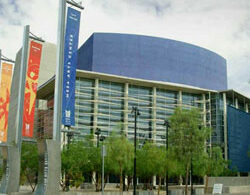 Mesa shoppers and prideful residents, save your receipts because now they can be exchanged for tickets to Jazz…
byJackie 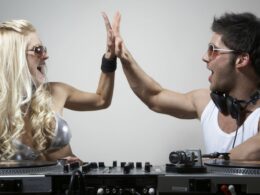 Top Ten Mashups and Covers of 2014

An original song is generally the most well-known and popular version of a song.  Yet, sometimes a mashup…
byCaitie 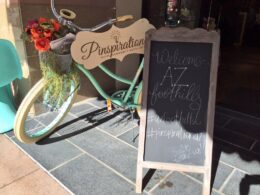 Where your inspiration and your Pinterest board come to life. Pinspiration is a creative studio space where people…
byChristina Tetreault 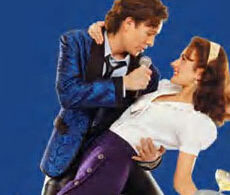 If you loved the movie, starring the hilarious Adam Sandler and set in the colorful 80’s, than you…
byJackie