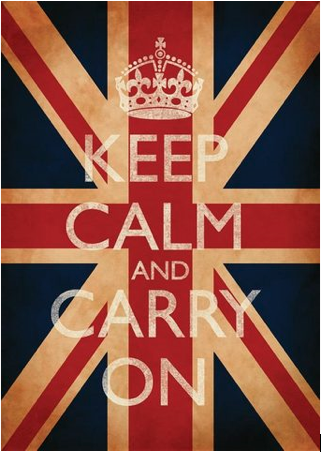 Since 2000, I feel as though this poster as well as many other commercial products, private sector companies, and used as the decorative theme for a range of other products. It is advertised everywhere. And why not? It’s epic. And perfect for a person who has stressful situations. This has to be applicable to everybody in some shape or form, and we should read this every morning before we start our days. This will insure a positive outlook on the adventure to come. Also, remember it before you go to bed so you don’t have nightmares about work and getting yelled at for not choosing the right font or worse, your teenage daughter running away with their “true love” before getting matching tattoos. 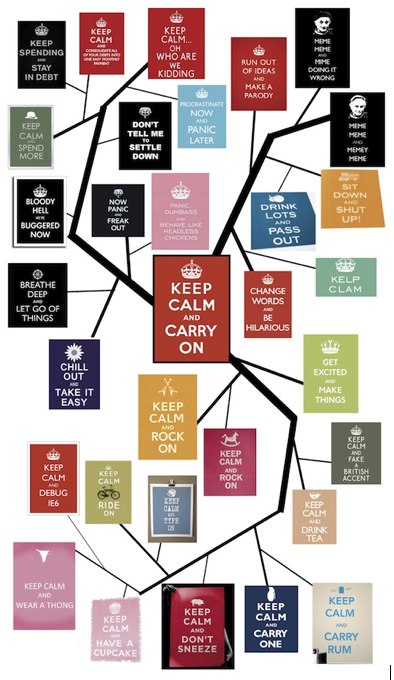 The Keep Calm and Carry On was a poster produced by the British Ministry of Information in 1939 during the beginning of the World War II. Initially, this poster was intended to raise the morale of the British public in the event of invasion from Germany. Winston Churchill, the bodacious man that he was, believed in this saying whole-heartedly. In June 1941, Churchill instructed all public relations officials to work as a team for the Ministry. Brendan Bracken, Churchill’s advisor, became the department head and started to install this poster in venues over England. Unfortunately, the poster was hardly known and never used because it lacked color, was short on humor and sex appeal, and had too many words. There are only two known and original surviving examples of the poster outside of government archives! The poster was third in a series of three. The previous two posters from the series, “Your Courage, Your Cheerfulness, Your Resolution Will Bring Us Victory” and “Freedom is in Peril”. 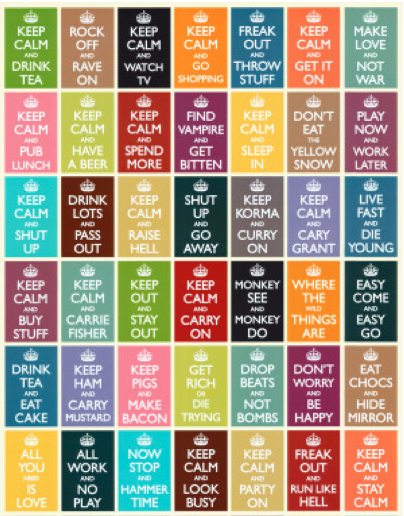 New Adaptations have been taken to accommodate our everyday lives and feelings of expression. Check them out, I am sure there is one that perfectly defines your mood. I just saw a preview for the last Twilight Sage: Breaking Dawn movie. Therefore, “Find Vampire and Get Bitten” seems completely applicable. Also, “Eat Chocs and Hide Mirror” looks promising. 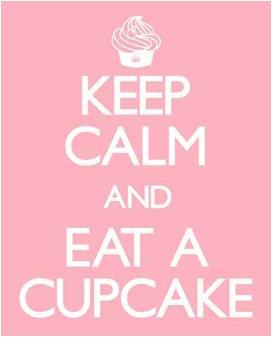 Until next time…..Go to Sprinkles.