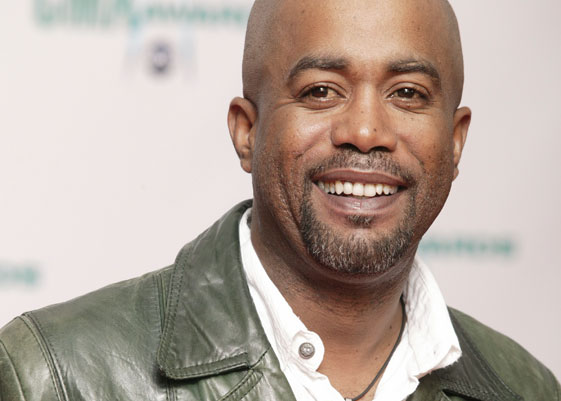 One of country’s hottest performers is set to perform in Phoenix this January.  Rucker has performed in Arizona many times in the past, but will soon be the object of attention at the Coors Light Birds Nest Waste Management Phoenix Open.  Details, along with fun fact about this country hottie, can be found below.

Where: Coors Light Birds Nest
When: He will headline on Thursday, Jan. 29
Extra Details: Tickets need to be purchased in advance. For information on purchasing tickets, click HERE. Tickets are already sold out; however, many tickets can still be purchased on StubHub!

1.  Before being the hot solo country singer we know and love, Rucker was a member of the band Hootie and the Blow Fish.  Rucker first gained his fame as the lead singer and rhythm guitarist of the band.  Rucker founded the band in 1986.

3.  His first single “Don’t Think I Don’t Think About It” topped number one on the Hot Country Songs.  He was the first black man to make number one since Charley Pride in 1983.

4.  Prior to the singer’s country music career, Rucker spent a hot minute performing as an R&B artist. In 2001, Rucker made an R&B debut album titled “The Return of Mongo Slade.”  The album was never released by Atlantic Records.  It was eventually released in 2002 by Hidden Beach Records under a different name, “Back to Then.”

5.  Rucker also made an appearance in the television commercial industry.  Rucker played a singing cowboy in a Burger King commercial in 2005.  The commercial promoted the TenderCrisp Bacon Cheddar Ranch sandwich.

Below are some of Rucker’s top music videos.

Watch the “I Got Nothin'” music video below.

The official “Come Back Song” music video is below.

The “Radio” lyric video can be seen below.

The official music video “Homegrown Honey” can be seen below.

For additional details on Darius Rucker and his upcoming performance, visit his website.