With a focus on traditional Iberian ingredients, Talavera’s specialties include Paella, dry-aged steak, jamón Ibérico, fresh seafood and a flavorful selection of tapas all complemented by a selection of crafted cocktails and wines. Guests can enjoy the restaurant’s expansive patio seating, which offers al fresco dining and sweeping views of the Sonoran Desert and Phoenix Valley below.

“We are thrilled to have these talented individuals join the Four Seasons family,” says Talavera Executive Chef Chuck Kazmer. “Jesus’ depth of culinary experience in the local marketplace will serve him well at the helm of Talavera, coupled with Michael’s extensive time spent in luxury hospitality. We look forward to continuing to elevate the offerings at Talavera for our valued guests and local visitors.”

Arizona native Jesus Figueroa fell in love with cooking at a young age by watching his mother and went on to earn a degree in hospitality management from the University of Central Florida. Since then, Figueroa has worked outside of Arizona at Michelin-rated restaurant Boka, Jean-Georges at the Ambassador Inn and Bohemian Groove in Sonoma, among other spots. He has also spent time working at locally-acclaimed restaurants, including Cafe Monarch and Tarbell’s, and opened Renata’s Hearth at Arizona Biltmore as executive chef. Most recently, Figueroa was executive chef at ETTA, a concept created by Michelin-starred chef, Danny Grant.

In his leisure time, Figueroa loves to travel, sample local cuisine and wine, and enjoy the arts, such as ballet performances and musicals with his wife. He is also fluent in Spanish, French and Italian. Figueroa looks forward to leading the culinary team at Talavera by combining his local experience with his global culinary outlook.

Michael Elortegui earned his bachelor’s degree from Niagara University and went on to achieve his master’s in international relations from the University of East London. He is originally from Miami, but has been on the west coast since 2015 where he has gained valuable restaurant management experience at the Fairmont Orchid in Hawaii, as well as at multiple hotels and resorts in California. Elortegui most recently was the senior restaurant manager at Bourbon Steak at the Fairmont Scottsdale Princess. Prior to his time in the hospitality world, he participated in professional global tennis tournaments in the United Kingdom and throughout Europe.

During his free time, Elortegui still loves to play tennis and enjoys teaching skills to new players. Although not an Arizona native, he has family in the area and loves to spend quality time with his nieces and nephew.

Learn more about reservations and dining at Talavera here. 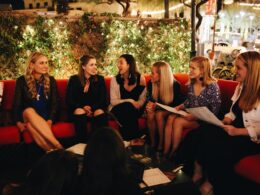 Cocktails and Ugly Sweaters at Kelly’s at Southbridge

Itching to break out your ugliest holiday sweater? Eat, drink and be merry at Kelly's Ugly Sweater Holiday Party.
byAZFoothills.com 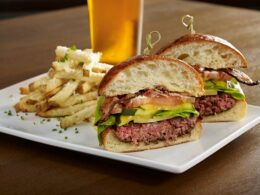 Instead of filling up on beer and peanuts at the stadium, these Valley restaurants are offering stellar deals on food and drink for spring training ticket-holders.
byMelissa 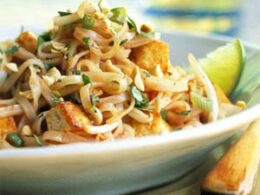 5 for Thai in Phoenix

Craving something with a bit of spice and a whole lot of flavor? Try these Valley restaurants for…
byMelissa 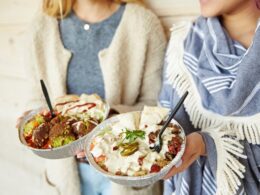 A Taste of The Halal Guys

In February, The Halal Guys marked the opening of its Mesa location.
byMelissa
15 shares
13
0
2