A Taste of America’s Taco Shop

Since 2008, America’s Taco Shop has dished up some of the most delectable Mexican fare in the state, first starting with two charming eateries in Phoenix and then partnering with Kahala to franchise locations. One of the first franchise locations has opened at Via de Venture and 101, a prime spot for lunchtime visitors who want something quick and satisfying–and delicious, of course.
America’s Taco Shop dishes up amazing burritos, quesadillas, tortas, tacos (of course), in addition to delectable drinks and desserts. (There is also a selection of breakfast burritos for those with a hankering in the a.m.) America’s serves three mmm-inducing meats that are suitable in just about any presentation: carne asada, steak thinly sliced in-house daily, and chicken, both of which are put in a citrus-based marinade and char-grilled over open flames, and a personal favorite, the sweet and spicy Al Pastor, slowly-roasted, citrus-spiced marinated pork thinly sliced and topped with fresh pineapple.
Even with the absence of America’s tempting meats, the bean and cheese burrito is among the best in the Valley, featuring fantastic no-lard refried beans (which I would gladly scoop up all day with tortilla chips). Other no-meat wonders are the guacamole and salsa. Both are no-frills but very good. To wash it all down, America’s horchata is silky smooth and great refreshment on these increasingly hot afternoons. To finish, the homemade flan is like velvet–and a perfect petite size for a little lunchtime treat.
Though America’s is franchising, America (yup, America is a real person!) and her husband Terry are opening up a non-franchise location in Old Town Scottsdale in late April or early May. The Old Town location will be reminiscent of America’s Phoenix locations, which both reside in charming old homes. The new outpost will feature twinkle lights, a lovely patio, rose bushes and the menu that America’s fans have grown to love. www.americastacoshop.com. 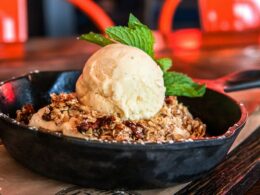 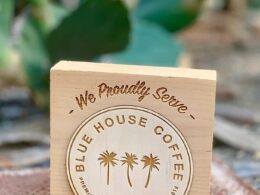 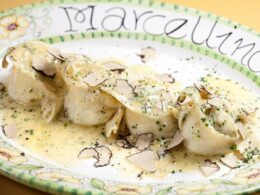 A Taste of Marcellino Ristorante

It had been way too long since we had visited Marcellino Ristorante. We very much enjoyed Marcellino when…
byMelissa 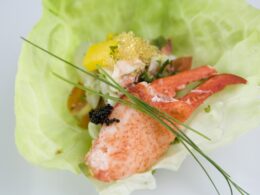