byMelissa
2 minute read
Beer cans Fresh from the fridge. Lots of aluminum cans in the ice in the open fridge. Drops of water on a cold can of drink.
Total
0
Shares
0
0
0

Looking for a way to support your favorite Valley breweries and their employees? We have the just ticket! The Arizona Craft Brewers Guild will host its first-ever “Keep Arizona Brewing” Virtual Beer Festival on Saturday, April 18, beginning at 2 p.m. “Beer enthusiasts are some of the most friendly and social people you will meet. It’s been tough on all of us not to be able to connect at beer bars, brewery taprooms or festivals,” says Rob Fullmer, executive director of the Arizona Craft Brewers Guild, in a press release. “But, even when we’re apart, we can still spend time together celebrating craft beer and showing our support for Arizona’s craft brewers. Help us keep Arizona brewing!”
The Virtual Beer Fest, which will take place through Zoom, Facebook Live and YouTube Live, will include chats with brewers, virtual tours of local breweries, a Make Your Own Wristband competition, Best Pretzel Necklace contest and even a live music stream, Couchella. Participants are encouraged to pick up or order a delivery of beers from a local brewery, turn their cameras on at home, and enjoy Arizona brews virtually with other enthusiasts.
Tickets to participate start at $5 and will support the Arizona Craft Brewers Guild and Arizona Craft Brewing community. A limited number of VIP tickets are available starting at $50. These tickets provide the ticket-holder with the opportunity to become part of the beer fest programming by being on the webcast with the brewers, asking questions and chatting between segments.
T-shirts are also available. Participants who purchase a shirt on or before April 15 will receive free admission to the Virtual Beer Festival. #azvirtualbeerfest 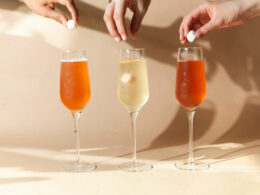 Miss getting craft cocktails and bottomless mimosas? Teaspressa has you covered with their instant cocktail and mimosa sugar cubes.
byTyler Hollis 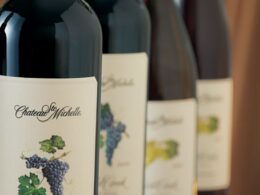 Last year, I vacationed in Seattle and had the chance to try some top-notch wines from Washington grapes–and…
byMelissa 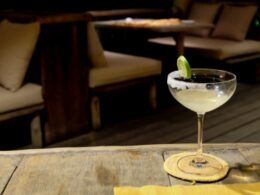 Feb. 22: Where to Celebrate National Margarita Day in Phoenix 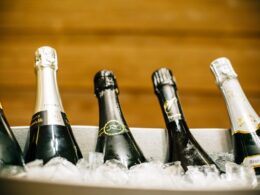 At Club 360 in Scottsdale Hangar One on Feb. 13 from 6:30 to 10 p.m., join Vinum 55, who will be pouring Dom Perignon vintages, as award-winning Chef Kevin Binkley prepares an exciting multi-course meal.
byMelissa