Merry (early) Christmas! Need a little help in getting you through your baby cousin’s ninth round of present-opening this weekend? Top of the Rock restaurant in Tempe is here to help. The bartenders at the high-end eatery were kind enough to share a few of their favorite holiday cocktail recipes. As they say, eat, drink and be merry!

Eggnog Martini
12 eggs (separate yolks from white)
1 quart of milk
1 pint of whipping cream
1 cup of sugar
1 cup of dark rum
1 cup of light rum
½ cup of crème de coco (white)
¼ cup of vanilla cognac
Nutmeg, as needed
Mint leaf, as needed
Beat the egg yolks. Add in the rum, crème de coco, milk and cognac. In a different bowl, whip the whipping cream and add 1/4 cup of sugar. In a different bowl, whip the egg whites & the rest of the sugar, until small peaks form. Fold mixture into egg and alcohol mix, then fold in the whipping cream mix and egg white mix. Let the entire mixture chill in the refrigerator of 24-48 hours. Serve up with a hit of nutmeg and a mint leaf. 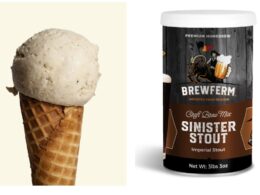 Dessert Duos You Have To Try This Summer

Checkout these amazing dessert duos that will satisfy ANY sweet tooth. Plus, they all can be delivered straight to your door!
byTyler Hollis 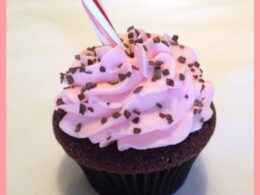 How to Get Pro-inspired Peppermint-Hot Cocoa Cupcakes 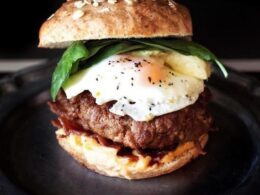 May is National Burger Month and, to celebrate, Jewel's Bakery and Cafe in Phoenix is dishing up a hearty, chorizo-infused burger (for May only) that begs to be whipped up for your Memorial Day barbecue.
byMelissa 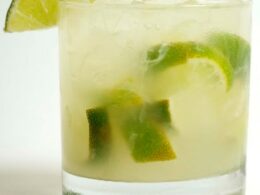 Though I’ll never be accused of being a big-time soccer fan, I can’t help but get wrapped up…
byMelissa