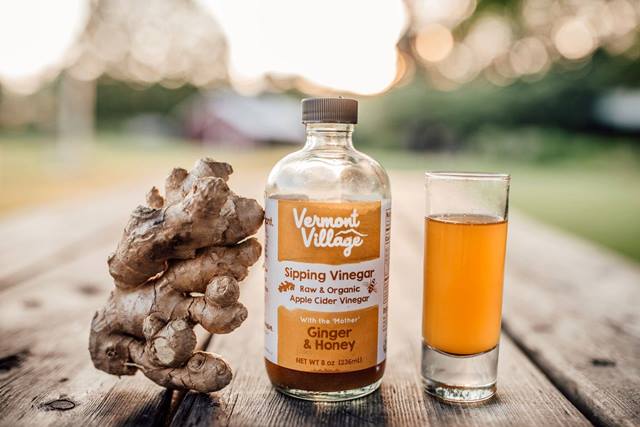 We’re in the thick of it: cold and flu season. If endless chicken soup and over-the-counter meds just aren’t doing the trick to make you feel better during the sick season, perhaps the all-natural Vermont Village’s Raw Apple Cider Sipping Vinegar might be the key to relieving your symptoms.

Available in four delicious flavors–Blueberries & Honey, Turmeric & Honey, Cranberries & Honey and Ginger & Honey–the raw apple cider vinegar helps to alkalinize the body, which creates an environment that kills bacteria and viruses. It also boosts the immune systems, provides energy, is great for gut health and the honey in each flavor is full of natural antioxidants, vitamins and minerals, and is known to be anti-viral, anti-bacterial and anti-fungal. 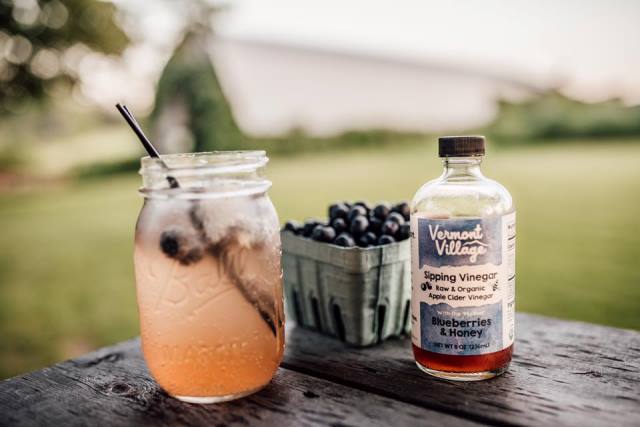 Best of all, unlike traditional raw apple cider vinegar, Vermont Village’s Raw Apple Cider Sipping Vinegar tastes great, without too much pucker, with the fruity Blueberries & Honey and Cranberries & Honey being particularly tasty and easy to drink. (It is recommended to drink one ounce of vinegar mixed into eight ounces of water.)

Vermont Village’s Raw Apple Cider Sipping Vinegar are sold in individual eight-ounce bottles for $4.99, and can be found Walmart locations across the United States and can be ordered via www.vermontvillage.com.