Foodie news roundup for the week of August 19.

Eggstasy will celebrate the grand opening of its new Chandler location with a can’t-miss Golden Pancake promotion. Two randomly selected people from the first 100 guests in the door on the morning of Saturday, August 24, will win free pancakes for life. Two guests at each of the four Eggstasy locations will win a Golden Pancake (the other three locations are in Scottsdale).

Nori Sushi & Asian Dining (pictured) launched its new happy hour menu at its two Valley locations, with extended days and times. The happy hour is now 2 to 7 p.m., seven days a week! The new menu features seven popular maki rolls, $3 off all 23 signature rolls, $1 off the 22 nigiri offerings and $3 off all signature cocktails, along with other happy hour specials. Prices range from $3 to $7 for food and between $2 to $4 off for drinks.

Pedal Haus Brewery’s new menu was specifically designed for customers with dietary restrictions, with an entire page dedicated to vegan and gluten-free options. There are now more than a dozen dishes for each diet, with no need for substitutions, add-ons or unfulfilling meals. New dishes include a gluten-free bacon burger and Nashville hot chicken sandwich and vegan cauliflower “wings” and vegan grinder, among several other delicious eats.

Come into any of Chompie’s five Valley locations Saturday, August 24, and dig into a stack of our classic Belgian waffles, served with butter and syrup, or Very Berry Belgian waffles, served with fresh strawberries, blueberries and whipped cream, for only $6.99. This National Waffle Day deal is available until 3 p.m. at all five Chompie’s locations and valid on Saturday, August 24.

Aaron Chamberlin is teaming up with the up-and-coming duo from New Jersey, Saint Pasta, for his latest collaboration dinner at Phoenix Public Market Café on Thursday, Sept. 19. Guests can pop into the downtown restaurant from 5 to 9 p.m. and order from a prix-fixe menu with Italian-American pasta dishes by Saint Pasta and a homemade dessert prepared by the Phoenix Public Market Cafe bakery. 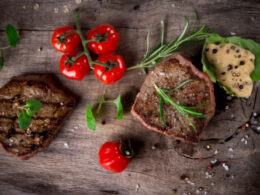 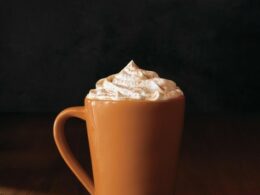 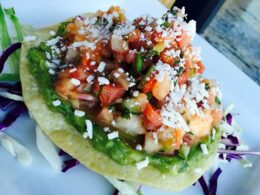 Think you know the best dishes in town? Don’t be so sure. Secret Menu Spotlight takes you through some of the best secret-menu items in the Valley.
byMelissa 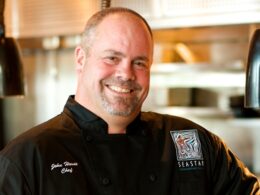 Taste of the NFL Chef Chat: John Howie of Bellevue and Seattle, Wash.

In honor of the upcoming Taste of NFL’s Party with a Purpose, get to know the event’s participating…
byMelissa