As the Phoenix Convention Center hosts Phoenix Comic Fest this weekend, Valley restaurants are giving attendees the chance to enjoy some dining deals.
From Thursday, May 24, through Sunday, May 27, Miracle Mile Deli will be offering 20 percent off the entire bill to guests who come dressed in costume or show proof of their Comic Fest ticket.
During Phoenix Comic Fest, the downtown location of Fired Pie is offering a 10 percent discount to fest-goers.
For three days of Comic Fest (May 24 through May 26) from 2 to 6 p.m. each day, adventurers taking part in “The Quest” can collect five buttons to earn a prize by enjoying the $2 offering at select CityScape Phoenix restaurants and retailers. Once at least five buttons are collected, participants can celebrate and pick up their prize at Yogurt Time. The first 300 winners to complete the challenge will received a Heroes’ Prize.
Participating CityScape retailers include: 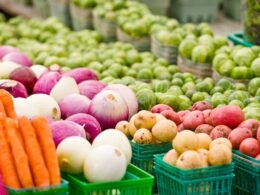 It is that time of year, again, when Valley dwellers are relegated to shopping at grocery stores and…
byMelissa 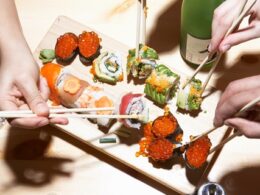 Guide to Sushi for Beginners

Embarking on the world of sushi for the first time can be intimidating. Thankfully, the pros at Benihana have provided an easy, peasy five-step guide for sushi rookies, covering everything from sake to sashimi, with a few helpful reminders for sushi pros, too.
byMelissa
1 share
0
0
1 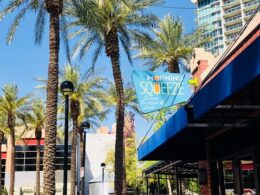 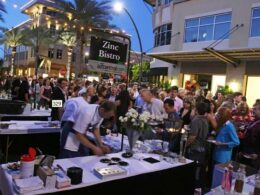 Though many of us are still recuperating from last week’s Scottsdale Culinary Festival, there is another food event…
byMelissa