You can build just about anything out of LEGOs so why not build a hotel. Legoland in Carlsbad, California has just opened a second hotel, LEGOLAND Castle Hotel, with an even more immersive experience.

The new on-site hotel is decked out from top to bottom in LEGO-themed decor and has an overall Medieval theme with an underlying story line. The story is that the bad knights weren’t invited to the upcoming grand tournament and they’re doing everything they can to sneak in. Guests will be able to spot the knights which are hiding in plain sight throughout the property.

There’s also fun features like a royal throne that doubles as a whoopee cushion, a jester door that will tell you knock-knock jokes when you knock on it, a self-playing piano and a slide from the first floor to the lobby. Guests will be greeted on arrival by a royal Lego statue which is one of more than 2,100 models created out of more than 3 million LEGO bricks including a LEGO wizard conjuring up spells in the Grand Hall to protect the Castle from the bad knights and dragons.

With 250 rooms, the hotel is split up into three floors, each with a different theme: princesses, wizards, and knights and dragons. Every room has a separate children’s sleeping area with bunk beds, their own TV with kids channels only, a LEGO building table and shooting stars that illuminate the ceiling at night. The adult areas of the room include a head board with LED lights that resembles stained glass, a canopy sparking with twinkling lights or shelves filled with potions and a magical bubbling illuminated cauldron.

A full-service sit down restaurant dubbed the Dragon’s Den, has LEGO models and entertainers and diners can watch chefs prepare their meals. A Royal Courtyard welcomes kids of all ages and has multiple play areas for kids of different ages. There is also a giant movie screen, a resort-style pool with water features and a hot tub, and a tented stage for live shows and plays.

Expect to pay from the low $200’s to the $400’s during peak season. Guests of the hotel also receive early access to the park. 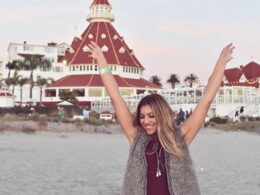 How The Most Iconic Resort in the U.S. Is Celebrating Its 130th Birthday 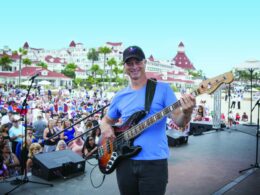 Rock out with Gary Sinise & the Lt. Dan Band on Father’s Day, June 17, as you enjoy delicious BBQ, Karl Strauss beer and some quality time with Dad. Best of all, this event benefits America’s veterans and military through the Gary Sinise Foundation.
bySuzanne Koch 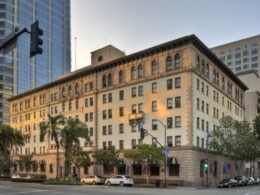 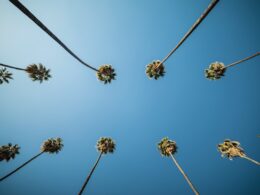 W Los Angeles has launched a new package, complete with a curated guide to all the hottest L.A. spots for each zodiac sign.
bySuzanne Koch
1 share
1
0
0