Instagram: I really need to do this, one of these days.

Kids: Honey Bear and Harry, yes they both have four legs.

A typical day in my life includes… Enjoying my own coffee blend (the Lynde Blend), hiking a portion of the Phoenix Mountain preserve with my dog, tending my garden (it’s so empowering to grow some of your own food), maybe getting some video editing done and chasing backyard critters with my camera. (Why won’t those hummingbirds stand still?!)

I was born… Technically in Illinois, but my parents moved to Arizona when I was just a baby so I consider myself a native.

My favorite thing about Arizona… It’s sense of Western independence and the weather. In the winter.

I’m listening to… I listen to a lot of 70’s music when I work out. In the car I like to follow the financial markets on CNBC and Fox Business stations.

My family… Is wonderful. I have a big brother and nephew and a bunch of great- nieces and nephews in the East Valley who I adore.

If I could have dinner with anyone, it would be… My father.

One thing I cannot live without… My dog

When I was younger, I wanted to be… A dancer

The one person who motivates me is… Jody, she and her husband have a horse ranch in Montana where I spend part of the summer, she is an amazing horsewoman, businesswoman, gardener, Happy Hour connoisseur and one of the most positive people I know. I strive to be like Jody.

If I could change anything in the world, it would be… Less disease and more love.

The perfect day would be… On horseback, riding somewhere beautiful with good friends.

My favorite escape… Montana in the summer.

My life… Took off when I stumbled into a career as a TV news photographer way back in the 70’s.  That career path has taken me to places and shown me things I never could have imagined.

I’m currently working on… Producing fundraising videos for a historic stone barn in Sun River, Montana, and serving on the board of governors of the Rocky Mountain Southwest Chapter of the National Academy of Television Arts and Sciences.

Always… Help the next person up the ladder. It’s repayment to the people who helped you succeed.

Favorite Quote… I have two: ”You don’t drown by falling in the water, you drown by staying there” and “Don’t look back, you’re not going that way.”

Biggest Dream… I’m lucky, I’ve achieved many of my professional dreams, but I’d love live in the country with lots of critters and someday produce the ultimate wildlife documentary.

My Pet Peeve(s)… Bullies. They can take so many forms. And the idiots who won’t put their shopping cart back in the rack, what’s wrong with those people?!!

More About Carol Lynde:
Carol began her broadcasting career in 1976 as a TV news photographer at KTVK in Phoenix and became the first woman in the market to hold that position.  Her career would later take her to news stations in Atlanta, Montana, and Denver before she returned to Arizona as a videographer/editor for Arizona PBS in 2000. Then came her “dream job” as a video producer for the Arizona Game and Fish Department in 2004.

“Throughout my career I have always been drawn to stories that involve nature and the outdoors. Whether it’s counting woodpeckers in the Okefenokee Swamp in Georgia, watching prairie chickens dance in Montana, or conserving bald eagles in Arizona, I’m just fascinated. It truly is my passion.”

Carol retired from Game and Fish in 2016 and now runs her own production company, Tall Paul Productions, specializing in wildlife, outdoor and human interest videos.

She has earned 22 Regional Emmy Awards and has been inducted into the Silver Circle Society. 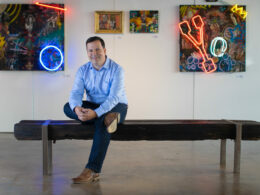 Meet local CEO Xcellerate Biomedical Technologies, an incubator who is currently working with BioXskincare to bring its skincare line to market, as well as Beacon Biomedical, which is a blood test for early colorectal cancer detection.
byKarah Van Kammen
9 shares
9
0
0 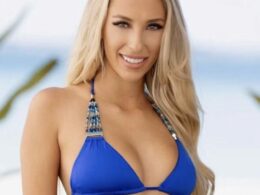 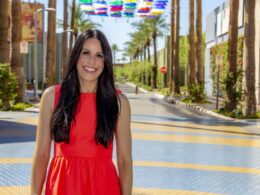 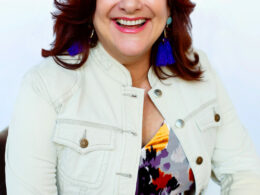 Meet Scottsdale resident and founder of Lemonade Legend, a company offering content writing, media exposure through Podcasts and promotional book services. She is also the author of "The Lemonade Stand Book", a passion project, that provides a powerful resource for women struggling with their own lemonade challenges.
byKarah Van Kammen