Trendsetter to Know: Ari Levin of The Madison Center for the Arts

Kids: I have one wonderful son.

City you live in: Scottsdale, Arizona

City you live in: Scottsdale, Arizona

A typical day in my life includes… A lot of work and working out!

I was born… Tucson, Arizona

My favorite thing about Arizona… The gorgeous weather and the wonderful people!

I’m listening to… A little bit of everything, I love it all!

If I could have dinner with anyone, it would be… William Shakespeare, no question!

One thing I cannot live without… Sushi, good things there’s so many great options out here!

When I was younger, I wanted to be… An astronaut

I’m inspired by… Good people who do good deeds.

The one person who motivates me is… Myself

If I could change anything in the world, it would be… World peace

The perfect day would be… Working out and spending every day with my son.

My first job was… Selling shoes

More About The Madison Center for the Arts and Ari Levin:

The Madison Center for the Arts is a 160,000 square foot, state-of-the-art venue featuring a 908-seat auditorium, extensive veranda, and spacious lobby with a soaring 40-foot ceiling. The elegant versatility of this venue makes it an ideal choice for not only the performing arts, but corporate events, galas, weddings, and other large life celebrations.

Executive Director, Ari Levin brings to The Madison an extraordinary list of performing arts and entertainment accolades. Levin is one of only a handful of Americans to play the title role of Hamlet, as well as produce and direct national tours with members of the prestigious Royal Shakespeare Company in England. He was also the executive producer and director of the “Superstars of the Kirov Ballet” for their only U.S. performance.  Levin directed “Star Trek: The Experience,” had his own show on the Las Vegas strip called “Xtreme Magic,” and produced and directed the grand opening of 2007 NBA All-Star Game with Kobe Bryant. He has produced and directed for Paramount Studios, CNN and the BBC, as well as for the Lifetime Achievement Awards for Steven Spielberg, George Lucas, Goldie Hawn and Jodi Foster and over 30 episodes of Oprah’s “Where Are They Now.” Lastly, he is a current member of the Broadway Directors and Choreographers Union and spent the last twenty years as the writer, executive producer and director of ShoWest and CinemaCon. 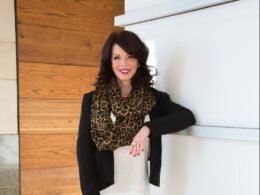 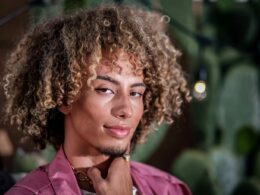 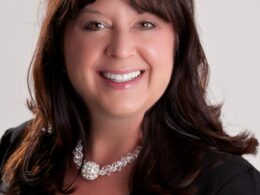 Senator Reagan: Dancing with the Stars

Meet Senator Michele Reagan, she will be on the dancing floor giving everything she has for the National…
bycchildress 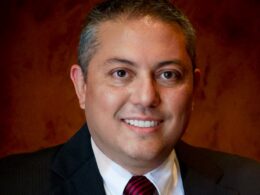