Alumni Jacquelynn and Bennett Dorrance have made a gift commitment of $5.4 million to endow the deanship of the University of Arizona College of Humanities in support of efforts to integrate traditional and cutting-edge approaches into humanities teaching and learning.

Dean Alain-Philippe Durand is the inaugural holder of the Dorrance Endowed Deanship.

We are endowing the deanship because of our deep appreciation of Alain-Philippe Durand and his leadership as dean. We make this gift with the expressed intent to secure the College of Humanities, to help further the ideals of free speech and unity, and to strengthen the integration of traditional and cutting-edge approaches to humanities teaching and learning.

The gift, they wrote, is meant to be a platform from which the dean “will be able to bring the humanities to the forefront of the University of Arizona’s life and mission through a continuous and fearless spirit of open inquiry.”

Durand, an interdisciplinary scholar in areas ranging from French literature to international hip-hop cultures, has been dean since 2016. He joined the UArizona faculty in 2010 and, prior to becoming dean, served as director of the School of International Languages, Literatures, and Cultures, director of the Africana Studies Program and interim head of the Department of French and Italian.

Under his leadership, the college has created new degree programs, increased student enrollment, launched public outreach programs and strengthened alumni engagement. Both Jacquelynn and Bennett Dorrance earned bachelor’s degrees in French from UArizona in 1969 and were named the College of Humanities Alumni of the Year in 2012.

Durand said the endowment will enable the College of Humanities to expand its local, national and international efforts to address the world’s greatest present and emerging challenges with vision and nerve.

With Mrs. and Mr. Dorrance’s support, we aim to expand our reputation for offering destination academic programs where students from all walks of life will be prepared to succeed in a world where the future – of workplaces, communities, families, and individuals – is informed but not trapped by the past, and where there is a shared awareness that our planet’s multitude of languages, cultures, and perspectives together shape our identities as both global and local people.

The opportunity to do this work more energetically and effectively than ever before is the incredible gift that Mrs. and Mr. Dorrance have given the University of Arizona and its College of Humanities. We are thrilled to be their partners in this transformational work

Jacquelynn Dorrance is a co-founder of The Red Book, an Arizona directory and publication of fundraising events and nonprofit organizations, as well as co-owner of Phoenix restaurant El Chorro. Bennett Dorrance is managing director and co-founder of the real estate development firm DMB Associates in Scottsdale, Arizona.

The couple’s philanthropy has been focused on education, children’s medicine and additional areas.

Jacquie and Bennett have been investing in the future of Arizona for decades. Their commitment to helping others is an inspiration. Through their Dorrance Scholarship Programs, they have transformed the lives of first-generation college students at Northern Arizona University, Arizona State University, and especially here at the University of Arizona.

The Dorrances also have given generously to the University of Arizona Steele Children’s Research Center, where Jacquie helped found the Women’s Phoenix Board for Steele,” which also is known as People Acting Now Discover Answers, or PANDA.

We join with Dean A-P Durand and President Robbins in celebrating their commitment to the College of Humanities. It is only fitting the deanship in the college bears their names.

– John-Paul Roczniak, president and CEO of the UArizona Foundation.

“The Dorrances also have given generously to the University of Arizona Steele Children’s Research Center, where Jacquie helped found the Women’s Phoenix Board for Steele,” which also is known as People Acting Now Discover Answers, or PANDA. “We join with Dean A-P Durand and President Robbins in celebrating their commitment to the College of Humanities. It is only fitting the deanship in the college bears their names.”

The Dorrances’ gifts to the Steele Children’s Research Center established the Dorrance Endowed Fellowship in Pediatric Gastroenterology and Nutrition and, together with other supporters, the Fayez K. Ghishan, MD, PANDA Endowed Directorship. The Dorrance Family Foundation also supports organizations in the arts, animal welfare and natural resource conservation.

At the College of Humanities, the Dorrances have supported the “Humanities Innovators in a Tech World” lecture series, which annually presents speakers on topics at the intersection of the humanities and advanced technologies. Now in its third year, the 2021 lecture series takes place May 21.

I am immensely grateful to Jacquelynn and Bennett Dorrance for their continuous and generous support.

They appreciate the fact that the College of Humanities faculty and staff are working exceptionally hard to create a distinctive set of degrees and curricula where ancient and present-day ideas are always and continuously informing each other, a place where fundamental humanities skills are at the core of the curriculum.

Durand said conversations with the Dorrances about this new gift centered on the “historic educational potential.”

Mrs. and Mr. Dorrance felt strongly that they wanted to specifically support the college where they studied and to make sure that there would always be a stand-alone, innovative, entrepreneurial, and versatile College of Humanities at the University of Arizona.

With this gift, we can strengthen our focus on the humanities skills that not only make people more competitive job applicants, but also better members of society, skills such as the abilities to foster unity amid disagreement, pursue open inquiry even when such inquiry is difficult, and advance democracy’s most powerful ideals of liberty and justice for all.

Skills in leadership, communication, creativity, adaptability, and critical thinking are vital for future leaders, and they are central to a humanities education.

We’re very appreciative of the generosity of Jacquelynn and Bennett Dorrance and the confidence they have in A-P Durand’s leadership and the direction in which he is taking the College of Humanities. 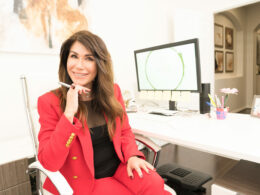 Meet Devi Orlandella of Dishes2U, an online meal ordering business designed to fill the need for meals and snacks for schools, businesses, and other groups.
byTyler Hollis 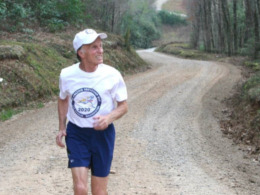 Stan Cottrell, a world-renowned ultra-long-distance runner, will embark on a 100 day marathon from Los Angeles to Washington D.C.
byTyler Hollis 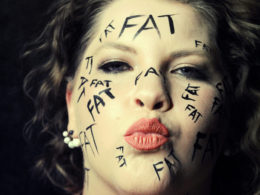 “Sticks and Stones: Words Have Power. Take Yours Back.” Campaign

Meet Holly Shoemaker, a photographer here in Phoenix who has started the Sticks and Stones: Words Have Powers Take Yours Back" Campaign.
byTyler Hollis
1 share
1
0
0 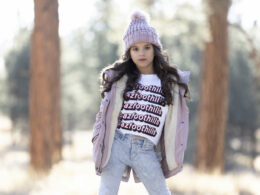