These 6 Private Islands are Currently on the Market

From lush terrain and warm waters, to rustic retreats and historic spaces, these six private islands for sale offer the ultimate escapes.

With a total of 224 secluded acres, Hog Island is the largest private island for sale in Florida. Tucked away on beautiful Lake George, the island getaway is accessed via boat, helicopter and sea plane, and stays connected to mainland power, phones and Internet through submarine cable. The island is complete with a main house, along with two log cabins and a self-sufficient cottage, a helicopter pad and even a restored 1899 school house. A main dock can house up to nine boats and a shuttle takes you across the island, which is conveniently close to Orlando, Ocala, Daytona, St. Augustine and Jacksonville.

Located off the western coast of Scotland with Isle of Arran as its closest neighbor, Pladda Rock offers remote living and spectacular sea views. The 28-acre island is currently uninhabited with a fully functioning lighthouse and a cluster of historic buildings that date back to the time when a lighthouse keeper operated the tower. The old structures need renovation, which will allow the new owner to create a more eco-friendly, off-grid dwelling.

Surrounded by Ontario’s Georgian Bay, Table Rock Island boasts a striking circular home designed by Canadian architect William Grierson. Over his 50-year career, Grierson designed some of the most innovative residencies in the country, including this 3-acre Table Rock Island family retreat that is able to meet the demands of its harsh but unique climate. Like spokes on a wheel, the home’s open-air central courtyard connects to all eight bedrooms and four bathrooms, as well as the main grand living space, which houses the kitchen, living room and dining area. The perfectly round structure and floor-to-ceiling glass windows offer 360-degree panoramic views of its environment.

Located in the South Eubeon Gulf, just 1.5 hours away from Athens by car or 10 minutes by helicopter, Trinity Island is treasured for its royal past. The 12-acre Greek island has been owned since 1958 by the family of the former Keeper of the Royal Privy Purse of the three Kings of Greece, who famously entertained Winston Churchill and the Beatles. Trinity Island’s mostly flat terrain is lavishly covered with cypress forests, 350 olive trees as well as pistachio, pomegranate, apricot and peach trees.

Located just off the Sicilian coast at Palermo, this 34-acre island is an ideal spot for snorkeling and diving. The Italian isle, which acts as a safe haven for birds, also hosts Greek and Roman ruins, including an ancient, 35-meter-tall watch tower that was damaged by an Allied landing during World War ll. With funding from the European Union or the Ministry of Cultural Heritage and Activities and Tourism, the multi-room tower could be restored into the perfect private residence.

Remotely located in the northern part of the Adriatic Sea, Male Orjule is just under 100 acres of peaceful privacy with two natural water springs, a pine forest, olive groves and a native marina. While half of the Mediterranean island is owned by the State of Croatia, the other half is for sale with uninhabited land ready to be developed. A farmhouse and outbuilding already exist on the island and architectural designs for a residence are available upon inquiry. 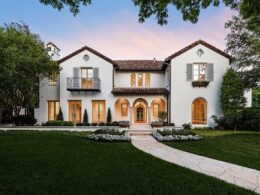 On the Market: Mediterranean Villa in University Park, Texas

Uniquely situated with park views and Turtle Creek behind, this exquisite Mediterranean villa presents an exceptional opportunity for…
byChristina 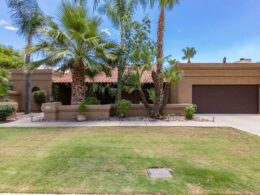 On the Market: $619,900 Below Market Prime McCormick Ranch Home 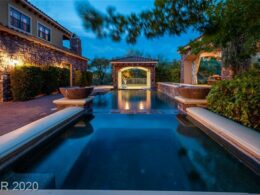 On the Market: Mediterranean-Style Villa in Henderson, Nevada

One of a kind, dual fairway, .68 acre, inside corner cul-de-sac lot for the ultimate in privacy and…
byChristina 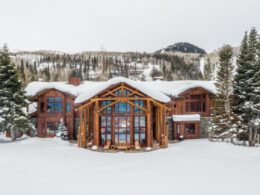