Nailing It! Mark-Taylor Continues to Leave its Mark on Arizona Real Estate

The Arizona-based developer, owner and investment management company, Mark-Taylor has been changing the real estate scene for over three decades.

Mark-Taylor Residential has been spearheading Arizona real estate for the past 37 years. Developing 74 communities, third-party managing 64 properties and providing 34,000 current residents with a place to call home, is what people see from the outside. Just like when building a home or rental property, an organization’s success cannot last without a solid and sturdy foundation. Behind the scenes, Mark-Taylor maintains a steadfast foundation that withstands the test of time and provides the building blocks for the future.

In the case of Mark-Taylor Residential, the essential skeleton isn’t made from brick or wood. It’s built upon strong and steady leadership, and specifically, led by the guiding hands of the company’s second generation of executives: John Carlson, president; Michael Wilson, vice president of asset management; and Dustin Lacey, vice president of marketing and technology.

As Carlson and Wilson hit their 20th and 21st years, respectively, and Lacey marks five years at Mark-Taylor, they are pushing forward with an untouchable and unbreakable vision for the future. Throughout their two decades at the company, Carlson and Wilson have helped change the landscape of Arizona real estate, never afraid to learn and gain more knowledge of the burgeoning industry. Despite exchanging the regular work emails, the two have a genuine bond and have come full circle since their first encounter with one another.

In the early 2000s, coincidentally, Carlson and Wilson lived just next door to one another at an apartment complex. And as destiny would have it, the Chandler property, named San Cervantes, was a Mark-Taylor rental property. Carlson, a small-town Minnesota native with an engineering degree, and Wilson, an Arkansan who studied finance, began treading the waters that every post-graduate student has gone through at one time or another. They both began looking for their next opportunity.

Now, 20 years in, the two have catapulted the business—originally founded by Jeff Mark and Scott Taylor—and have maintained both exceptional personal and professional relationships. “At times, John can complete any sentence that I’m about to say, and I can do the same with him,” says Wilson. “We are closely aligned in our thought process of how we feel the company should be run in [the founders of Mark-Taylor’s] eyes—with a people-first approach.”

The company continues to let its mission, “to create exceptional communities that invite, inspire, and feel like home,” serve as a compass, resulting in growth along the way. “We are constantly thinking about the infinite journey of the organization,” says Carlson. “Mark-Taylor has been in business 37 years—40, 50, 60, 70 years down the line, we plan to deliver the same signature five-star quality. No matter how we evolve, we will remain focused on our incredible people, residents, team members, clients and partners alike, as our highest priority.” 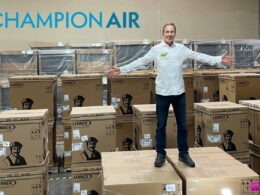 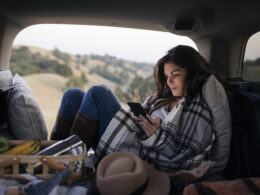 If you’re into boats, RVs, motorcycles and just about any other method of enjoying the great outdoors, there…
byMelissa Larsen
1 share
0
0
1 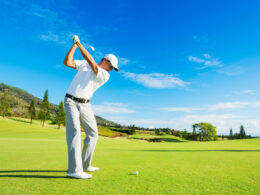 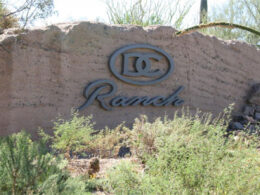