Dolphins In The Desert – Dolphinaris

For those of you who are reading my experience features for the first time… my name is Toniann Rotante and I’m currently single, turning 40 this June.

The question everyone asks, “Why are you single?”

Well, I really don’t know why… but what I do know is that there are plenty of fish in the sea and with the rise of social media we are becoming more and more aware of just how many fish there really are.

Anyways back to today’s feature story … Instead of freaking out with 40 approaching, I decided to embrace the moment with the people who mean the most to me. With that being said, I thought what better way to celebrate my 40th than to bring my mom & Dad with me for my next feature story at Dolphinaris.

What i didn’t foresee was the number of protestors who felt strongly about me not going ….. I’m an animal lover through and through so I understood why they would question a big fish living in a small sea.

Before scheduling the experience I asked the question, “Are the Dolphins taken from the ocean.” & the response I received was that all of the dolphins have been born and raised in human care. They have only known the love and care of their caregivers and if they were to be released their chances of survival would be slim.

With that being said Mom, Dad and I headed out to Dolphinaris. Upon arrival the first thing I noticed was how much the trainers at Dolphinaris loved the Dolphins. Trust me the love was deep and if it wasn’t they would all have academy awards for acting.

As we began the experience, our trainer asked who wanted to be the first to receive Dolphin kisses. My mom quickly raised her hand and said, “Me.”

As my mom swam up to the Dolphin my Dad turned to me and said, “Isn’t she the best.”

The trainer had the Dolphin dance with my mom and give her kisses. In between dancing and kissing the Dolphin was rewarded with treats in the form of fish.

My Dad asked the trainer, “What kind of fish do the dolphins eat?” and the trainer responded by explaining how the Dolphins are fed Herring, Capelin and Squid.  She then went on to describe how the Dolphinaris team members sort over 200lbs of fish a day, making sure no eyes, scales are missing to prevent bacteria in the Dolphin’s food.

Next was my turn to meet the Dolphin … I approached him and happily received my sloppy seconds. I mean who doesn’t want to dance with a man and receive kisses?

I guess in the end I ask myself the question, “Do all big fish belong in being seas?” & honestly I don’t know … but what I do know is that if I found a man who fed me and cared for me the way the trainers at Dolphinaris cared for those Dolphins I wouldn’t be looking at any of the other fish in the sea.

Until next adventure, Toniann 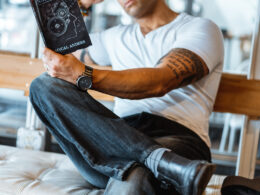 We run around town everyday to and from meetings, in service of others (bosses, family, friends). It is…
byMycal Anders 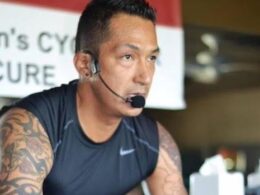 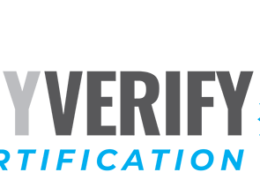 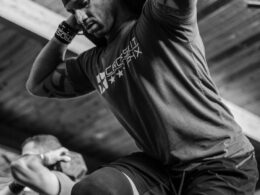 Summer’s Over! The Top 3 Things You Can Do to Avoid that Winter Coat

Just because the pools are closing, and the sun is coming up later doesn’t mean your motivation has…
byMycal Anders