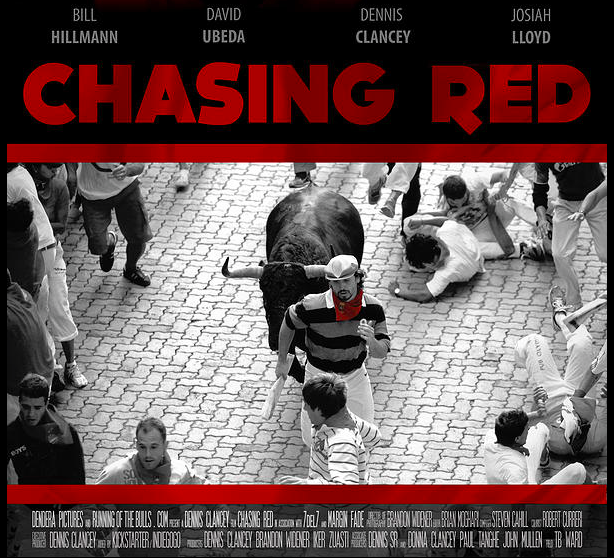 Race through the streets of Pamplona during the famed fiesta known as the running of the bulls in Chasing Red, the feature film that documents four brave young men that take the run of a lifetime. Producer and Director of the film, Dennis Clancey, spent the past eight years in Spain and recently was named one of our 2015 Most Eligible Phoenicians. His film Chasing Red, recently won the “Best of the Fest” Grand Prize at the LA Indie Film Fest and will be screening in 20 different cities across the nation. The LA Indie Film Festival is the partner festival to the LA COMEDY Festival and showcases all different types of stories through film. On Wednesday, April 8, catch the film for yourself in Phoenix. Chasing Red will be showing at AMC 24 Theatres in downtown Phoenix at 7:30pm and will be followed by a Q&A by Dennis himself. Prep yourself for the thrilling Spanish adventure by viewing the trailer here.