The lineup for the 2022 Coors Light Birds Nest is taking shape as three major music stars – Sam Hunt, Macklemore and KYGO – have committed to perform at the popular concert series that will take place Feb. 9-12 during Waste Management Phoenix Open Week.

Tickets for these star-studded shows are now on sale and can be purchased by visiting www.coorslightbirdsnest.com.

The Wednesday headline act and remaining Coors Light Birds Nest lineup will be announced as more artists are confirmed.

We’re absolutely thrilled to welcome music fans back to the Coors Light Birds Nest and to kick things off with an incredible lineup of musicians. The artists in this year’s lineup are some of the most talented and well-known musicians in the world and we can’t wait to see them take the stage.

Since the launch of his career, Hunt has quickly earned recognition from both inside and outside the country music community and has been honored with numerous awards, including one American Music Award and one CMT Music Award, as well as nominations for Billboard Music Awards and GRAMMY Awards.

A four-time GRAMMY award winning rapper and songwriter from Seattle, Wash., Macklemore will headline the third night of the Coors Light Birds Nest on Friday, Feb. 11.  Macklemore earned his four GRAMMY’s in 2014, which include wins for Best New Artist, Best Rap Album (The Heist), and Best Rap Performance and Best Rap Song for his hit single “Thrift Shop”, one of his two No. 1 singles that year.  He also earned two American Music Awards in 2013 for Favorite Rap/Hip-Hop Artist and Favorite Rap/Hip-Hop Album (The Heist), as well Billboard Music Awards in 2013 and 2014 for Rap Song of the Year (“Thrift Shop”) and Top Rap Song (“Can’t Hold Us”).

Rounding out the Coors Light Birds Nest lineup is Norwegian-born music producer/DJ Kygo, along with special guests Sam Feldt and Forester, who will take to the stage on Saturday, Feb. 12.  Kygo has established himself as a household name thanks to his widely popular remixes, sellout shows in North America and Europe as well as headline performances at Coachella and Ultra Music Festival.

He has amassed 15 billion cumulative global audio and video streams and has broken numerous streaming records. Kygo earned one of his biggest hits with the multiplatinum “It Ain’t Me” (feat. Selena Gomez), going Top-10 of the Billboard Hot 100 and clocking over 2.5 billion streams worldwide. Kygo will be making his second appearance following his hugely successful debut at the Coors Light Birds Nest in 2020.

The Coors Light Birds Nest will see some changes this year to the outdoor patio area.  The 48,000 square foot tent will still showcase the live performances, but outside of the tent will offer an enhanced fan experience with more of a music festival atmosphere.

The Coors Light Birds Nest has been known for hosting some of the biggest stars around, but this year, we wanted to take a look at how we could improve the overall fan experience, especially before the headliners take the stage.

Coors Light Birds Nest ticket holders can expect a much more fan-friendly atmosphere where they can meet friends for drinks after golf, come early to have a bite to eat at food trucks, play outdoor party games and enjoy the various outdoor bars and seating areas.

Coors Light Birds Nest general admission tickets will start at $75, while VIP tickets are available starting at $285 each and provide exclusive access to an enhanced VIP area where guests are treated to complimentary food and drinks and access to a premium viewing area for the shows.  Organizers encourage fans to buy their tickets early as ticket prices will increase as the event draws closer.

With live concerts and events starting to come back, we’re seeing a tremendous demand for concert tickets. We want to make sure everyone has ample time to secure their place at the Coors Light Birds Nest so we suggest people get their tickets well in advance for this four-night music festival.

The Coors Light Birds Nest is located directly across from the main Waste Management Phoenix Open tournament entrance at 82nd Street and Bell Road.  The entertainment venue opens at 3:30 p.m. and closes at 10:30 p.m. Wednesday through Saturday. Headline acts will take the main stage each evening at approximately 8:30 p.m. The Coors Light Birds Nest is a 21-and-over venue. 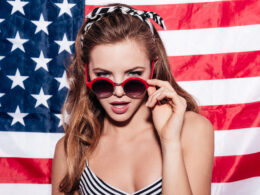 Pull out your red, white and blue bikinis because W Scottsdale is throwing an Independence Day pool party to remember.
bySuzanne Koch 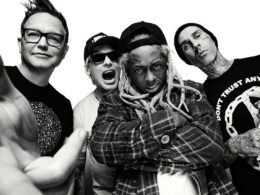 For the first time ever, multi-platinum, award winning artists blink-182 and Lil Wayne are co-headlining a tour across North America with a stop in Phoenix on August 5.
bySuzanne Koch
42 shares
42
0
0 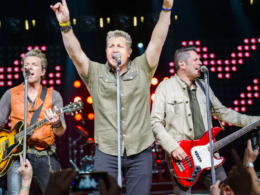 Before we know it, turkey’s will be eaten, presents will be opened and the Times Square ball will…
bySuzanne Koch 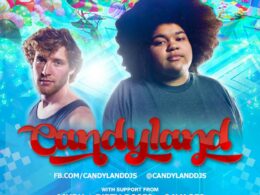