Whether you’re looking to wind down and relax or jump up and dance, these local companies and venues are offering virtually streamed concerts, curated playlists and inspiring music to keep you moving from home.

Every Friday and Saturday night, local musicians take to The District Stage at Tempe Marketplace and Desert Ridge Marketplace to perform. While live music has been cancelled at both venues, the shopping centers have moved performances to their respective Instagram pages for A Little Bit Live, where fans can enjoy from the comfort of home. Follow along at @desertridge and @tempemarketplace.

Relentless Beats, Arizona’s leading dance music and EDM promoter, has launched bi-weekly soundtracks with revolving themes to keep fans engaged and motivated including We Are Relentless, a fan-curated playlist based on a particular mood; RBGlobal, exploring sounds from around the world and SoundSmiths, an artist-curated playlist. They’ve also launched a video series on YouTube called The Relentless Pursuit. Fans can follow Relentless Beats on Twitch and YouTube for additional live content with various artists.

The concept album from the record-breaking Americano! The Musical — which debuted at The Phoenix Theatre Company in January — is available to purchase online or stream across popular platforms like Spotify, Pandora, Amazon, iHeart Radio and Apple Music. The album features original, inspirational songs from singer-songwriter Carrie Rodriguez and Latin music group Orkestra Mendoza. 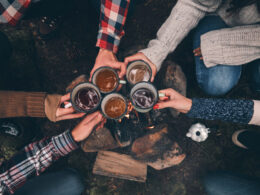 Before stuffing yourself full of turkey and potatoes, gobble up some cocktails and good times at these Thanksgiving-Eve parties.
bySuzanne Koch 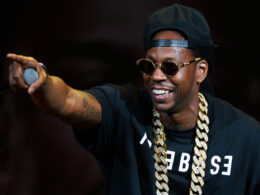 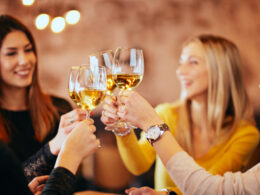 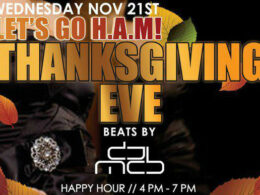 Head to the hottest place to go H.A.M. for a pre-turkey party at The Mint AZ this Wednesday,…
byDaniel