Zohar Productions, Inc. is a an award-winning and internationally recognized event planning company with over 25 years of experience producing Moroccan and Arabian Nights themed events.  The Valley is lucky to have one of Zohar Production’s four locations in the heart of Phoenix.

With how highly acclaimed this event service is, it’s no wonder they have planned events for the likes of Prince and Madonna!

Featured below are some of the photos from Zohar Production’s events, along with an exclusive AZ Foothills interview with Founder and President Laura LeRoy.

AZ Foothills got the chance to talk to Laura LeRoy, the Founder and President of Zohar Productions.  Check out what she had to say below!

AFM- When did you start Zohar Productions?

The company began in New York City the 1980’s as Zohar Entertainment providing belly dancing telegrams, known as ‘Belly-Tellygrams.’ Zohar’s dance troupe, of which I was a part, was very popular booking performances at Caesar’s Palace, the Trump Taj Mahal and opening for Prince at Radio City Music Hall.

AFM- What does Zohar Productions provide its clients with?

Being Zohar Productions’ president and founder, I have carved out a niche as the premier source of Moroccan and Arabian Nights themed events in the US. I have arranged it all, from opulent red and gold tents and Persian red carpet entrances to snake charmers, whirling dervishes, hookah lounges, backdrops, and contortionists on a bed of nails. We can provide all aspects of the event including exotic lighting, Moroccan cuisine, linens and centerpieces. When a client requests a camel for an event, I don’t hesitate, but instead ask, “How many?” For an event company that can provide an elephant for a party, no query is too grand.

AFM- How did you decide to start Zohar Productions?

I was working as a fashion designer in New York City when a psychic friend suggested I go on a cruise. It was there on the high seas that I got my first taste of belly dancing, and it was belly dancing that led to Zohar Productions. So inspired by the performance I saw, I vowed not just to learn the art of it, but to return as the ship’s performer. Nine months later I did, and with the stage name of ‘Zohar,’ meaning ‘radiant star’ inspired by the mystical Middle Eastern Book of Zohar from the Kabbalah. My intention was to dance for one week on the ship. After my week engagement at sea, I moved forward with belly dancing rather than returning to fashion design, and developed a belly dancing telegram service called ‘Belly-Tellygrams.’ As my popularity in the New York City area grew, so did my company. In 1987, the dancer named Zohar became Zohar Productions, a Moroccan and Arabian Nights themed event planning company. It blended my eye for detail, background in fashion, and general theatricality into a mix well-suited for planning events, especially ones at celebrated venues such as the United Nations, Radio City Music Hall and Lincoln Center.

AFM- What sort of events have you helped at over the years?

I have produced many types of events including: weddings, Bar/ Bat Mitzvahs, birthdays, anniversaries, proms, fundraisers, product launches, movie premieres and corporate events. I have seen it all, from Playboy Bunnies at Hefner’s mansion wearing only body paint and posing with my camels, to a Saudi Arabian Prince’s college graduation party attended by heavily armed security guards. A pinnacle moment in my career was captured when I appeared on the society page of The New York Times with David Rockefeller and Brooke Astor in a story covering the Millennial Ball they hosted for New York’s elite. They chose a Moroccan theme to honor Mr. Rockefeller’s friendship with the King of Morocco and I provided the entertainment for the celebration.

AFM- What are the biggest events you have helped with?

Zohar Productions has won awards for Best Entertainment in Arizona, and most recently was awarded ‘Best Social Event Over $50K’ by the Arizona Chapter of the International Special Events Society. The event was an Arabian Nights Soiree, for which I decorated the entirety of a 1.2 acre private estate. Zohar provided Moroccan tents, a hookah lounge, Arabian music, and a plexiglas dance floor installed over the pool. Guests arrived via a Persian red carpet entrance, greeted by dancers with long-handled feathered fans and a camel festooned with a velvet blanket and golden tassels. They were enthralled by an exotic snake charmer and a high-fiving Capuchin monkey in a genie vest and pantaloons, the same monkey who starred in the “Hangover II” and the “Night at The Museum”. We decorated the front entrance of the estate, the interior of the home all the way outside to the pool, patio, cabana, and casita areas and then to the far back property turning the sport court into a Sultan’s Court.

AFM- Who is the biggest name celebrities you have planned an event for?

AFM- What are your goals for the company in the future?

I’m always looking for the next exciting challenge to push my creativity to the limit. Whoever my clients may be, I cater to their unique needs and focus on giving each event the ‘Wow’ factor!

Featured above is Laura LeRoy.

For a complimentary consultation, call a602-765-7100.  Further information can be found on Zohar Production’s website. 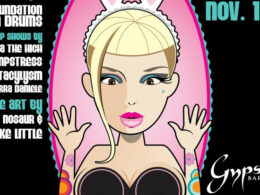 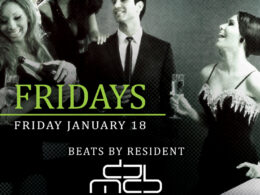 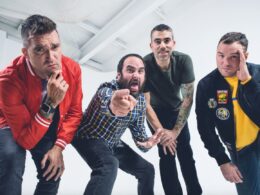 Concerts and shows for the week of November 27.
bySuzanne Koch 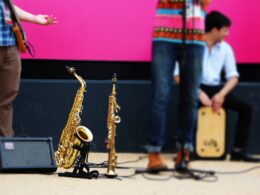