Roger Clyne & the Peacemakers will hit the stage around 6 PM and bring their unique alternative rock/pop/Americana/reggae/Mariachi style to Birds Nest fans. The Tempe band has produced nine albums and have opened for many National acts such as Kid Rock, Johnny Cash, Blues Traveler, Sammy Hagar and John Fogerty.  Born in 1998, RCPM has a legion of loyal fans.

Around 8 PM, multi-platinum recording artist Dierks Bentley will rock the Birds Nest. The Phoenix native and ten-time Grammy nominee, Bentley is one of the hottest stars in country music and will put on an incredible show for his hometown fans. His sixth career album, “Home,” was released in February 2012 and has produced three No. 1 hits – “Am I The Only One”, “Home” and “5-1-5-0”. For his career, Bentley has 10 No. 1 hits, including the wildly popular songs “What Was I Thinking” and “Sideways.”

On Friday, February 1st, Birds Nest crowd favorite O.A.R. returns to the Birds Nest after a one-year hiatus.Known world-wide as one of the best live bands on the planet, O.A.R.’s album sales are in the millions. The band’s 2008 studio album “All Sides,” which debuted at #13 on the Billboard Top 200 and #3 on the Digital Album chart, produced smash hits such as “Shattered” and “This Town.”  Thirteen years after the group’s first release, the band has come to stand for authentic rock music that reflects the collective triumphs and tragedies we all experience in this world: Real people making real music that resounds deeply with their fans. Hip-hop, free-styler Kelley James will open for O.A.R.

Closing out the Birds Nest on Saturday, February 2nd, DJ Roonie G will perform once again and set the stage for a Birds Nest favorite, Metal Head.  Metal Head is Arizona’s original and best hair band rock show. The band is a must see and will keep the Birds Nest rocking.

www.ticketmaster.com, and all Ticketmaster outlet locations).  General admission tickets for each evening are $35. VIP tickets are also available for $150, which provides exclusive access to the VIP area.  VIP guests are treated to a complimentary catered dinner, complimentary drinks and access to a premium viewing area for the show. For more information on Birds Nest ticket options, visit http://wmphoenixopen.com/tickets/birds-nest-tickets/

The Coors Light Birds Nest is located directly across from the main Waste Management Phoenix Open tournament entrance at 82nd Street and Bell Road.  The entertainment venue opens at 3:30 PM and closes at 10 PM Wednesday, January 30 – Saturday, February 2. Headline acts will take the main stage each evening at approximately 8 PM. The Coors Light Birds Nest is a 21-and-over venue.

The 2013 Waste Management Phoenix Open will be played January 28 – February 3, 2013 at the TPC Scottsdale. The tournament host, The Thunderbirds, have raised more than $80 million to local Arizona charities, with more than $55 million generated in the last decade. For information about the 2013 Coors Light Birds Nest, visit www.coorslightbirdsnest.com. 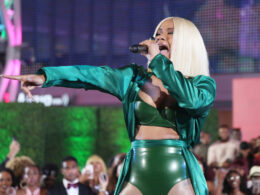 Why not add some concert tickets to your Christmas list this year? Pot of Gold music festival is returning in March to a brand new venue at Phoenix Steele Indian School Park with Post Malone, Lil Wayne, Cardi B and more.
bySuzanne Koch
21 shares
21
0
0 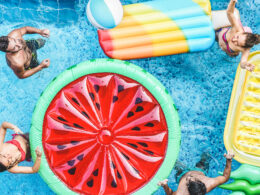 Round up your squad and cool off with adults-only summer camp-themed games and more.
bySuzanne Koch
8 shares
7
0
1 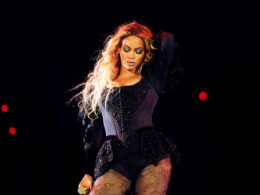 The Cuban-themed sanctuary blending the best of 1930s Havana with the flair of New Orleans is hosting weekly events, from cigar nights and tiki parties to retro movie nights and more.
bySuzanne Koch