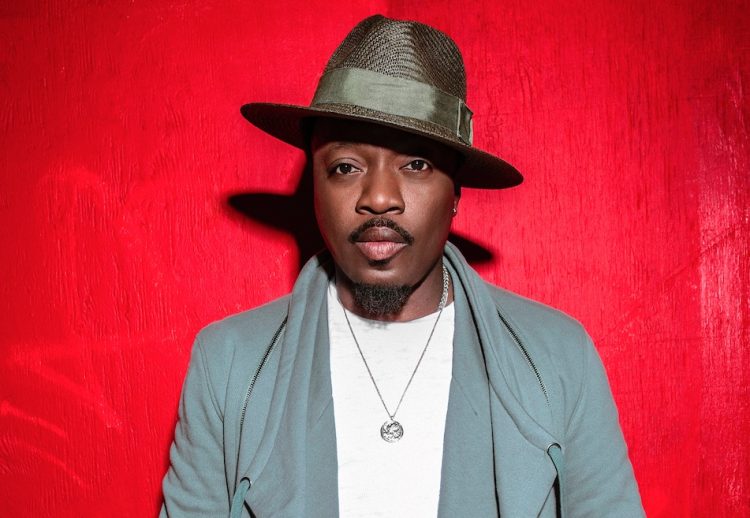 From his hometown church choir to the Grammy stage, R&B singer-songwriter Anthony Hamilton is known for his honest and emotional songs—both heartbreaking and joyful—that are characterized by raw feelings and smooth, soulful sounds. After grabbing the attention of many in 2002 when he appeared on Nappy Roots’ “Po’ Folks,” Hamilton signed with Jermaine Dupri’s So So Def label where he released his platinum debut album Coming From Where I’m From in 2003 which featured the hit single “Charlene” (listen here), a smooth song about regret and love. From there he went on to release four more albums including his most recent, What I’m Feeling, released in 2016. The album—like many before—pulls from many of Hamilton’s real life experiences, including his recent divorce which can be heard in the heart-wrenching “Walk In My Shoes.” The album also features the uplifting and catchy “Amen” (listen here) among others.

Not only has Anthony had a successful solo career but he has also collaborated with some of music’s greatest names including Dr. Dre, Tupac, Babyface and countless others. While his church-influenced sound plays a heavy part in his music, he has been able to successfully take his soulful voice into other genres, working with artists like Santana, John Rich (Big & Rich), Rick Ross and more.

We had a chance to catch up with Anthony to talk about his new album, his thoughts on the R&B industry and what he plans to do next. Catch him live in Phoenix on Friday, July 14 at Celebrity Theatre.

AFM: Your most recent album What I’m Feeling got you back in the studio with producer Mark Batson who’s behind some of your biggest hits like “Charlene.” What’s it like reconnecting with him?
Anthony Hamilton: It was great. There’s always an understanding there that we have as creators.

AFM: You recorded this album in Nashville. Do you think where an album is recorded can have a big influence on how it turns out? If so, what do you think Nashville did for this album?
AH: I think location and atmosphere always plays a part on the mental spirit and I think it gave us confidence to create from a place that wasn’t just geared towards R&B. Add a little country and a little blues and it was a place where music really lived. So we were able to really feel comfortable with that.

AFM: This album has a lot of soul-baring songs. Do you have any favorites?
AH: Wow. “Never Letting Go,” “Walk In My Shoes,” “Take You Home” and “What I’m Feeling.” “Amen” too.

AFM: Your music is always very vulnerable and honest and you have a knack for turning heartbreak into something positive. Is it ever a challenge for you to lay all those feelings out for the world to hear?
AH: No, not really. I’ve done it for so long that it’s who I am. I don’t really have too much of a hard time with whether I want to say it or not but how to say it I might have a problem.

AFM: Were there any songs on this album that you had a hard time figuring out how you wanted to say it?
AH: Just “Walk In My Shoes.” But eventually it came to me. I wanted to talk about going through a divorce and all that but it just came to me one day when I heard the music.

AFM: What’s it like going through the process of writing some of those songs?
AH: The process varies. It could be the music is already telling you the story or it could be just you having a melody and an idea. Each song is different.

AFM: You’ve worked with some of the biggest names in the industry. Is there anyone that you’d like to work with that you haven’t yet?
AH: Kendrick Lamar, Kanye [West], Erykah Badhu and John Mayer.

AFM: Why do you think the really soulful R&B scene has kind of fizzled out since the 90’s and do you think your sound is the only timeless one?
AH: I think right now hip-hop and trap music have been heavy and it’s just generations are changing but there’s still avenues of it. I’m able to stay afloat because I do a lot of hip-hop. I get brought in from the hip-hop community really heavily. I got brought in for a Rick Ross album then I got brought in for the Gorillaz and that keeps me afloat but I think there’s still great R&B. You have Tank, Tyrese, Eric Benét, Jasmine Sullivan; a lot of good music is still going.

AFM: You’ve been in the industry for quite awhile. Is it interesting to see how it’s changed from when you first entered it to where it is now?
AH: Yeah, it’s interesting but I got into it when it was changing anyway, from Uptown MCA Records to an era of Puff Daddy and Andre Harrell. Changing the guards from Andre Harrell to Puff Daddy, that was a big change. And then from Puff to Murder Inc.; that was a big change. And then from Murder Inc. too, so there were a lot of changes that happened you just have to be able to see there’s still music. The sound might change and the people running it at the top of the game might be changing but at the end of the day it’s about music and a great song.

AFM: Where do you see the R&B scene going in the near future?
AH: It’s going to always be around. It’s been around forever. It was around before rap, during rap and after rap it will be around. I think a lot of guys are reinventing how we hear it and that isn’t to say the classics won’t be around but I think we’ll be fine.

AFM: Have there been any artists recently that have reinvented it that have caught your ear?
AH: Yeah, Ro James, Raheem DeVaughn, BJ the Chicago Kid. Those are the greats, the younger greats that are coming up.

AFM: After this tour wraps up do you have any plans for what’s next for you?
AH: A vacation. Somewhere beautiful, quiet and peaceful to just be with myself, my prayers and my appreciation for it all. And then come back and get ready to go back in the studio.