Drake may be getting us all in our feelings as of lately, but these four artists not only bring out the emotions, they’re also headed to Phoenix in the next two months.

Adorn your summer with the smooth sounds of Miguel whose lovey-dovey ballads win us over every time. The singer, songwriter and producer originally started out behind the scenes; he co-wrote Jaheim’s “Finding My Way Back,” along with two songs on 2010’s Usher’s Raymond v. Raymond and many others. He then released his own hit, “All I Want Is You,” followed by more hits like “Sure Thing,” “Quickie” and “How Many Drinks?” His most recent album, War & Leisure, was released December 2017. See him live at Mesa Amphitheatre on Sep. 16. Tickets here.

Any artist with titles of work like Late Nights: The Album and The Chocolate Box EP is no doubt going to produce some smooth tracks. Mixing pop and R&B, Chicago-born Jeremih didn’t hit the scene until March 2009 when his first single “Birthday Sex” rose to the top of Billboards Hot R&B/Hip Hop chart. Since then he’s released five full-length albums and appeared on countless tracks with other artists like Chance the Rapper, Big Sean, Wale, The Game and more. See him live at Marquee Theatre on Aug. 30. Tickets here.

If Miguel and Jeremih put you in some sort of mood then Sam Smith will surely bring out the tears. Inspired by some of his favorite artists like Aretha Franklin, Stevie Wonder and Chaka Khan, singer-songwriter Smith burst onto the U.S. scene in 2012 with his single “Latch,” which went three times platinum. His debut full-length album, In The Lonely Hour, was one of the best-selling albums in the U.S. and the U.K. His most recent album, The Thrill of It All was released November 2017. See him live at Gila River Arena on Aug. 31. Tickets here.

You may have heard more of Lauryn Hill recently than you were expecting. She’s recently been sampled in hits like “Nice For What” by Drake and Cardi B’s “Be Careful.” But before Hill was a solo icon, she was a member of the Grammy-winning group Fugees. But in 1998, she released her solo debut, The Miseducation of Lauryn Hill with hits like “Ex-Factor” and “Doo Wop (That Thing)” and was credited with helping bring hip-hop into the mainstream. The album earned her 11 Grammy nominations, the most ever for a woman. She ended up winning five of those, including Album of the Year. See her live at Comerica Theatre on Sep. 22. Tickets here. 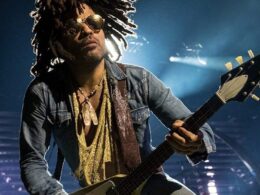 Concerts and shows for the week of September 16.
bySuzanne Koch 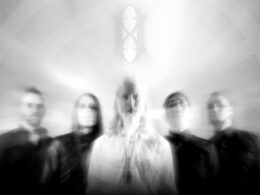 Looking for your fix of Metal?
byDaniel 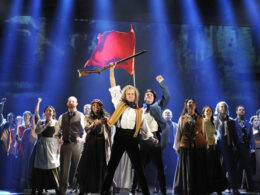 There’s never a dull moment in the Valley, and this week is no exception. Looking for something fun…
byCaitie Andreen 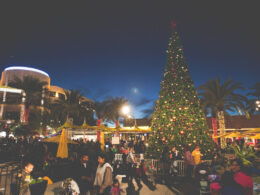 Now that the Christmas season is officially here, tons of nighttime holiday activities fill the city. From sparkling…
bySuzanne Koch