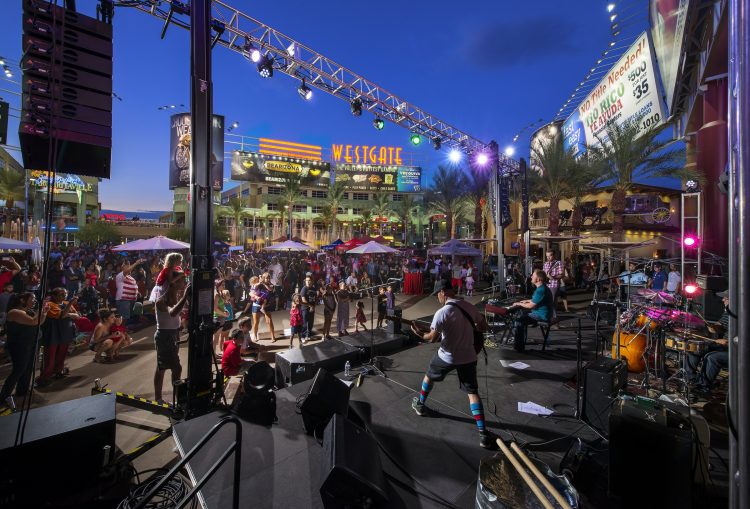 All eyes will be on Glendale when the College Football Playoff (CFP) Championship takes place on Monday, Jan. 11 at 6:30 p.m. MST. Westgate Entertainment District will welcome thousands of fans during a free, three-day collegiate themed experience called “Westgate Weekender Playoff Fan Fest”. As the city’s premier entertainment destination, Westgate is just steps from University of Phoenix Stadium with more than 20 bars and restaurants serving up a variety of specials, events and activities to welcome college football fans. Westgate hosted a similar week-long free music series before the Super Bowl that attracted tens of thousands of people.

Leading up to the game, live bands will take the WaterDance Plaza stage, which will be surrounded by an open-air beer garden featuring games like giant beer pong, oversized Jenga, cornhole, bocce ball, cards, dice and more. For thrill-seeking kids, a Kid’s Zone will offer a 200-foot zip line and a 25-foot rock climbing wall at Fountain Park. 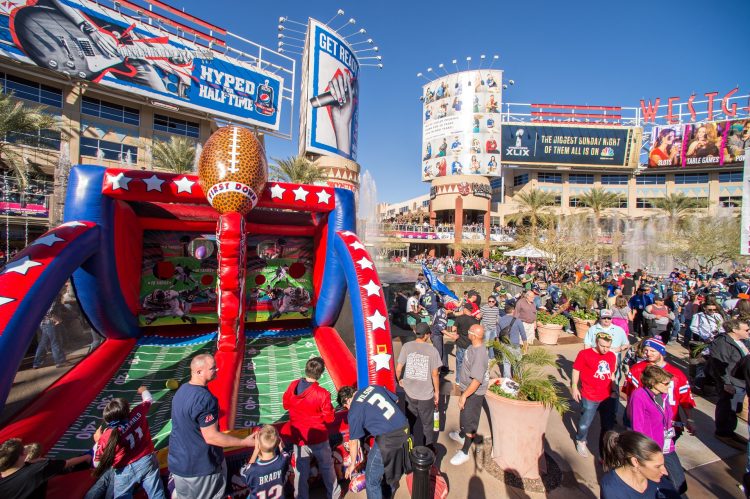 Saturday, Jan. 9 | 1:30 p.m. – 5:30 p.m.
Guests will enjoy giant beer pong, oversized Jenga, cornhole, bocce ball, cards, dice and more in the open-air beer garden. The Kid’s Zone will have kids flying high over Westgate on a zip line and climbing a massive rock wall. Red Bull’s custom international MXT (military extreme truck) will get the party started at 1:30 p.m. and will transform into a live DJ booth. Nashville national recording artist Laura Walsh will put on a show-stopping performance from 3:30pm until 5:30pm. Stay and cheer on the Arizona Coyotes as they take on the Nashville Predators at 7pm at Gila River Arena.

Sunday, Jan. 10 | 1:30 p.m. – 5:30 p.m.
Starting at 1:30 p.m., Red Bull’s custom International MXT will be back for day two of mixing beats and kicking off an afternoon-filled tribute to the fondest of college memories. At 3:30 p.m., get ready to sing along when dueling pianos make an appearance on the WaterDance Plaza stage along with beer-garden games and the Kid’s Zone. ESPN will take over the stage from 6 p.m. until 10 p.m. for a live studio analyst broadcast dedicated to Monday’s championship game.

Monday, Jan. 11 | 2 p.m. – 10 p.m.
Wrap up the whirlwind weekend at Westgate on Monday for the ultimate, free CFP game-day party and live viewing party. Toast in the beer garden, play pong, salute the days of college past with a 15-piece marching band and fill up your game-day cup with all that Westgate has to offer. Those who have tickets to the big game are only about a field’s length away from the stadium entrance. Those without tickets can grab a drink and take a seat in the beer garden and watch the game live on Westgate’s big screen. The viewing party begins at 6:30 p.m. at WaterDance Plaza. There will be free admission for both parties. 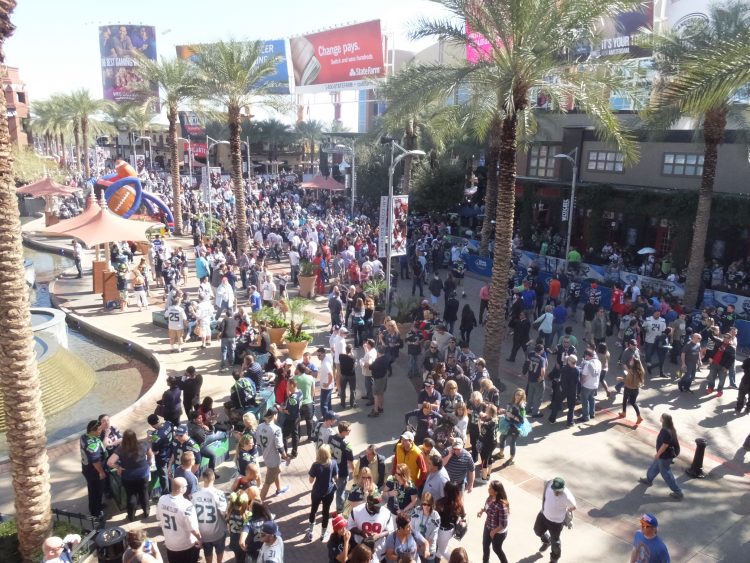 Parking and admission is free and open to the public on Saturday, Jan. 9 and Sunday, Jan. 10. For game-day parking on Monday, Jan. 11, Westgate Entertainment District lots will open and begin charging $30 per vehicle starting at 6 a.m. Plan to enter from the north off Glendale Ave. via 95th or 93rd Ave.