Stars dressed to impress at the 56th Grammy Awards Sunday. Here are some of the best dressed who stood out from the crowd.

Beyonce wore a breathtaking white lace Michael Costello couture gown on the red carpet and went on to win Best Rap/Sung Collaboration for her collaboration with hubby Jay Z for “Part II (On the Run).”

Taylor Swift opted for a classic look in a sleek gold lamé Gucci Première gown when she received her Album of the Year award for Red and Best Country Song award for “Begin Again.” 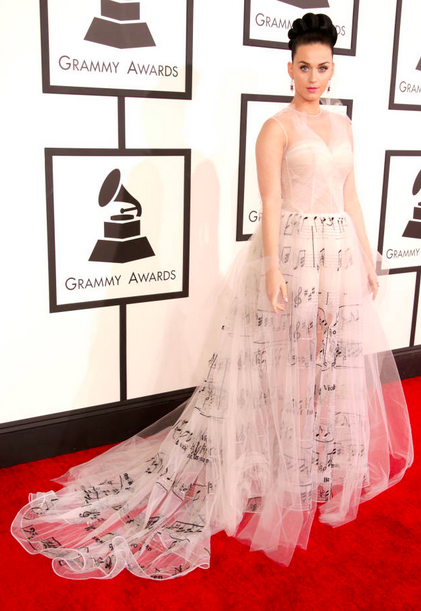 Perry hit all the right notes, pulling her Grammy look straight from the spring couture runways in this delicate Valentino gown. Perry went on to steal the Song of the Year award and Best Pop Solo Performance awards for “Roar.”

Pink stunned in a traditional red-paneled dress by Johanna Johnson as she snagged Song of the Year and Best Pop/Duo Group Performance for “Just Give Me a Reason.”