It seems there has been plenty to talk about in fashion news lately, from editors swapping at a few publications, to others stepping down from their posts at the helm of major beauty and fashion corporations… but perhaps the biggest precedent is the latest pact at Vogue. It seems that all 19 worldwide Vogue publications are in agreement about one thing – It’s time to stop hiring underage or underweight models… period!

In a “health pact” discussed in the June issues of the publications, they will not use models under the age of 16, or those they believe have an eating disorder, in an attempt to encourage a healthier attitude to body image within the fashion industry and among their readers.

The editors agreed that they will ask casting directors to check IDs at photo shoots and fashion shows and for ad campaigns.
Sara Ziff former model and the filmmaker behind Picture Me started The Model Alliance which is dedicated to making the modeling experience more safe. said “Most editions of Vogue regularly hire models who are minors, so for Vogue to commit to no longer using models under the age of 16 marks an evolution in the industry,” “We hope other magazines and fashion brands will follow Vogue’s impressive lead.”

“Vogue believes that good health is beautiful. Vogue Editors around the world want the magazines to reflect their commitment to the health of the models who appear on the pages and the well-being of their readers,” said Conde Nast International Chairman Jonathan Newhouse in a statement.

Ziff also relayed “The use of under-aged models is linked to financial exploitation, eating disorders, interrupted schooling, and contributes to models’ overall lack of empowerment in the workplace,” she said. “We simply believe that 14 is too young to be working in this very grown-up industry, and we’re glad that Condé Nast International is making this commitment.

As a longtime part of the fashion industry I know this issue has been discussed by insiders for years and some measures have been attempted by the likes of Anna Wintour and other editors. Plus, guidelines have been set forth by Fashion Weeks in both New York and London as well as The Council of Fashion Designers of America, but the reach was not nearly as widespread. In fact many editors have tried to put the pressure on designers to create larger sample sizes rather than size 0 or 2 without much of a domino effect.

I for one could not be more delighted that Vogue is taking this much needed step and being that they are the leader in the industry, I hope this initiative becomes a permanent “trend” one that never goes out of season… I mean what was so wrong with the old school Supermodels anyway… they were thin but not frail looking… maybe we should start a new tagline….“healthy is the new black” 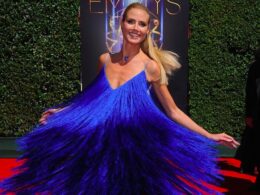 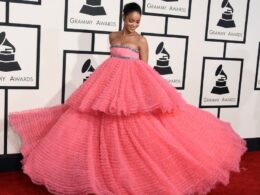 The BEST Dressed Women & Men at the 2015 Grammys

From the Golden Globes to the Screen Actors Guild Awards, this awards season has been a domino effect…
byChristina Silvestri 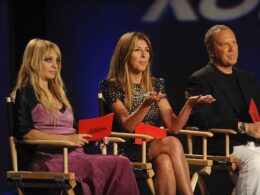 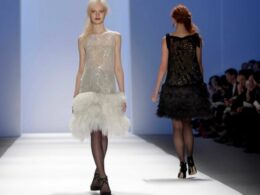 We continue our New York Fashion Week, but with a little less timeliness today (as in “not live”)…
bydiane