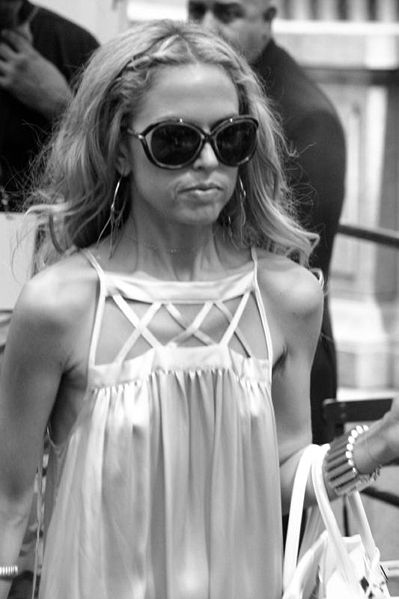 Oh…..where to even begin with this post!I’ll do my best to hold my opinions for later and spill the gossip first.

Celebrity stylist Rachel Zoe has announced she’s launching her own clothing line. The same celeb stylist we all want to eat a cheeseburger(or 3) when you watch her on Bravo’s “The Rachel Zoe Project” which, I’ll admit, is supremely addictive. The stylist-turned reality TV girl is doing what anyone else does when they’re in the spotlight: branding herself into as many outlets as possible. Will “I Die” and “Bananas” T-shirts be part of the lineup? I honestly kinda hope so…

The line will include clothing, handbags, fragrances, jewelry and accessories too. Zoe tells People.com, “It will be absolutely, 100% accessible fashion for sure — for everybody. There’s no reason for me to do a luxury-level design. That’s not who I am. I don’t think it’s what people want from me. I think that I would need to give people that fantasy becoming a reality. That’s my job.”

I’ll admit, this is kind of a startling quote because she clearly lives and breathes high-end designer fashions, not to mention makes a living off of dressing celebrities in it. Then again, with the way the economy is, there’s probably more money to be made going the accessible route. Whatever “accessible” might mean nowadays.

So what’s to be expected from the line? There’s really little to be learned thus far but we do know the collection will be launching sometime next year. And with everything from clothes and accessories to fragrances in the lineup, it sounds like quite the ambitious-endeavor to me.

So, let’s be real, are you looking forward to this line? People love and hate Rachel Zoe and people definitely love to hate her. Her need for a cheeseburger definitely freaks me out, but her styling is definitely on mark. And “The Rachel Zoe Project” has most definitely become a guilty pleasure.

I can’t help but be somewhat peeved whenever I hear about yet another celebrity-turned-stylist-turned-actress-turned-model-turned-mogul, I’ll admit, it’s usually because I’m a tad bit jealous. But at least Zoe is sticking within the realm of things she knows and isn’t trying to launch a singing/acting career. At least not yet.

I’m totally interested to see what Rachel Zoe comes up with for her line, the price range and what stores will be carrying it. Until then, I’ll be keeping my eye out for some press images as soon as they’re available.