Yesterday I spent the day with the most fab photo crew which included a stunningly gorgeous Brazilian model she was as Mary Poppins is..practically perfect in every way yet even she I fear will fall prey to a tinge of photoshop. Admittedly she even fancies a tad of slenderizing or smoothing in those places where we all feel a bit self conscious.

As mentioned previously I have always had a love-hate thing with airbrushed photos. In some instances like a blemish, rogue hairs, scrapes or bruises I find it immensely acceptable…In the case of the previously posted topic noting Ralph Lauren anorexic debacle or the more recent Demi Moore sans right hip photo in W I say it’s tragically overused. 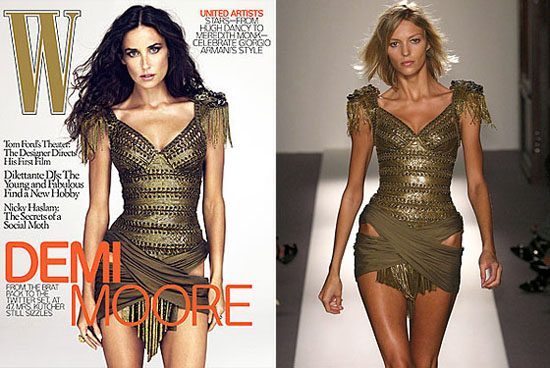 Demi Moore on the cover of W Magaine

So a few days ago I spotted the Dec/Jan issue of Interview mag with the one and only latin siren Penelope Cruz on the cover and instantly knew something was awry. You see I find Ms. Penelope to be one of the most breathtaking celebs to grace the silver screen and being a makeup artist I tend to look at faces not only on the whole but also as those individual features that create the total picture. In Ms. Cruz’ case one of the things that makes her distinct is her Roman-esque nose yet staring me in the face was a nose that more resembled a spiced up Keira Knightly. 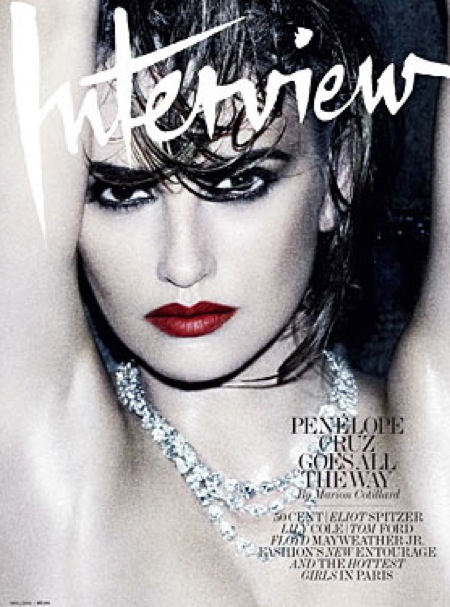 Penelope Cruz on the cover of Interview Magazine

In fact, my Art Director was quite sure if she was really gazing at the divine Miss Cruz or a Keira slash Natalie (Portman) hybrid. Immediately I flipped through the pictorial to compare noses…obsessive and deranged perhaps but I was on a mission and much to my chagrin there it was proof positive in black and white that the cover nose had been tweaked so to speak. By my estimation the very tip of the nose had been shaved away with the click of a mouse. How morbidly strange yet a sign of the times. Have we transcended into a culture that hates imperfection so much that we can’t allow the “hideous” sight of Penelopes real face?? (Yes this is sarcasm…hello) In any case for once (though I don’t normally wish anyone ill regards) I am waiting impatiently with delight for a hint of backlash. Dear loves I ask you if someone like PC has to be made over what chance do the rest of us have? Though I would love to share with you all of the incredible goings on in the world of Cruz like her latest movie “Nine” I must own up to the fact that I was far more enthralled with the killer makeup, hair and styling by some of my idols Mark Carrasquillo, Orlando Pita and Ludivine Poiblanc respectively to do anything more than ogle the images. Take a peek and let me know what you think! 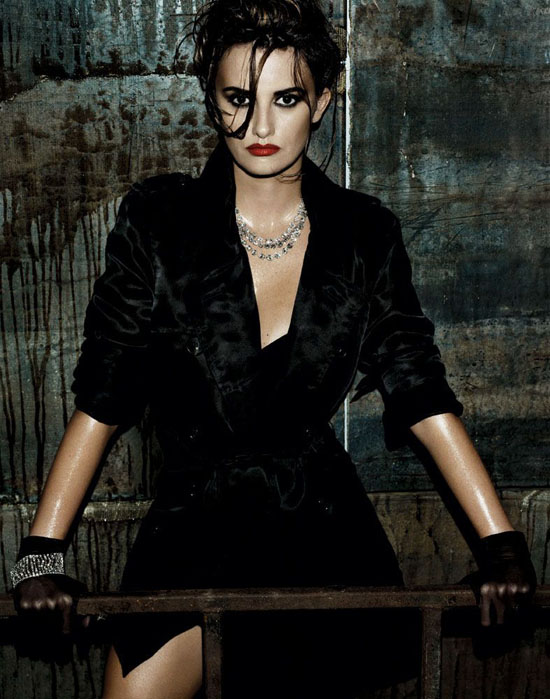 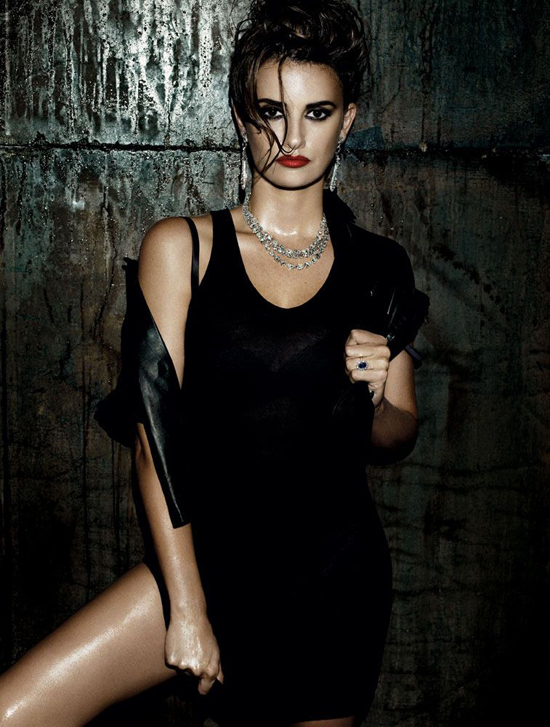 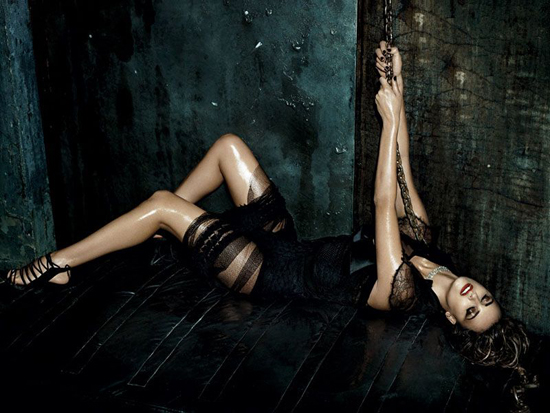 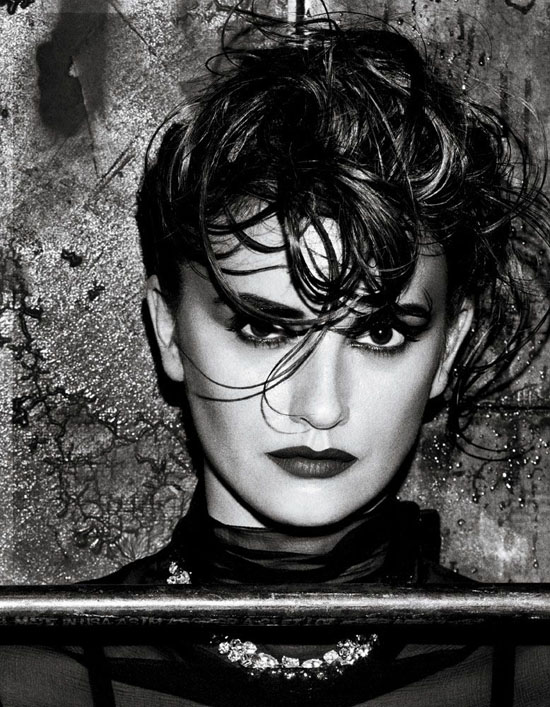 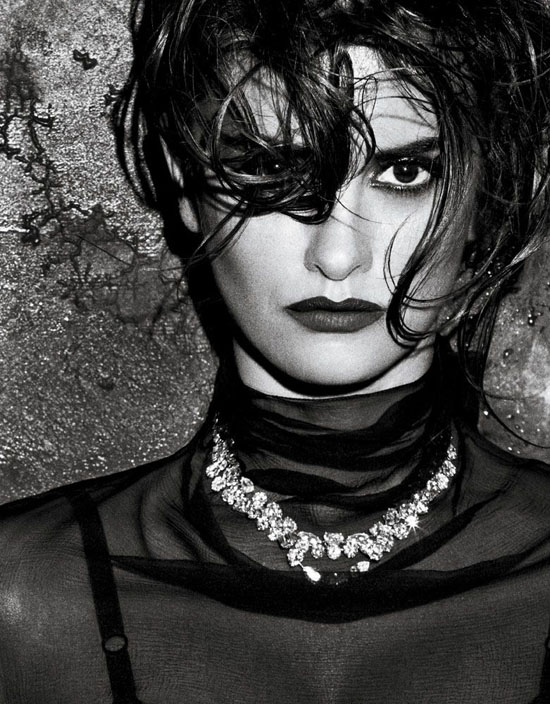 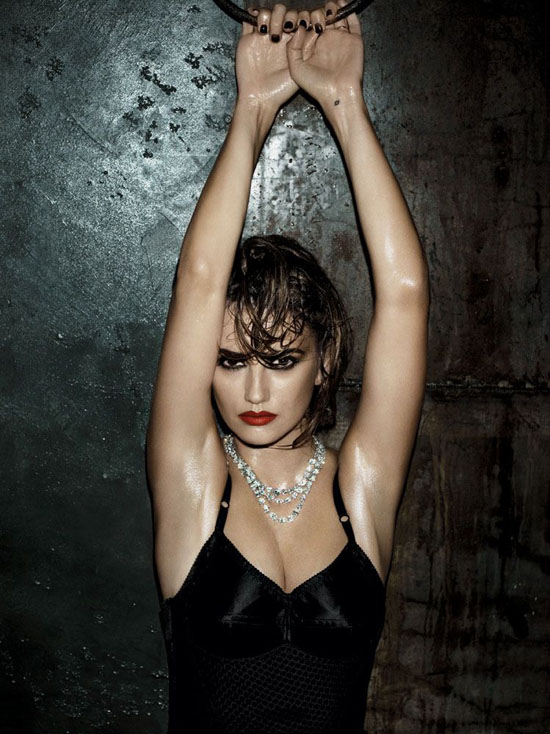