Lest for an interruption via Rachel Zoe and Brad Goreski’s buzz worthy attention grabbing pregnancy and departure news, I am back to Paris (if only vicariously) reviewing some of the best, must see collections of the week. Truthfully how do you narrow down which genius to share with your readers? If I had my drothers it would be ALL but alas there is only so much time and so much to talk about.

Stefano Pilati showed an amazing collection recently for Yves Saint Laurent. It was a fitting season that collided with a year of tributes to the amazing and visionary designer Yves himself. The jumpsuits, the gypsy dresses, the classically structured but sexy suits were all in place and along with them, the chic bourgeois Rive Gauche’ image on which Saint Laurent created a legendary brand.

Pilati worked each homage to the past discreetly with little trimmed edges and polished lines in that minimal chic with maximum impact way that YSL was famous for. Jumpsuits were cut slim and long, with plunging V-necks, cutout shoulders and often open backs that lent a strong sensuality to the overall look. Lantern-sleeve blouses swayed perfectly with A-line skirts; and suits were graphic and bold bearing shiny black trim There was plenty of softness too in bohemian printed silk dresses and thick cottons, cinched at the waist with contrasting ruffles trimming the neck and hem.

Alber Elbaz must have been putting his money where his mouth is after saying that he designs clothes for real women rather than models, next thing we hear is that his models were complaining about the shoes being a tad too harsh to make it all the way down the runway… in Elbaz’ case there were no designer tantrums and now putting anyone in their place, instead he switch shoes…to flats! Now that is someone who plays to the premise with smarts, strength, and tons of style…. with a bit of glamour thrown in.

The first three looks were long skirts with major flow, but worn with sleek bodysuits and believe it or not…leather harnasses…. Yes that’s what I said! There were plenty of other juxtapositions throughout, in transparent layerings belted over tightly fitted dresses and simple under pinning. Along with industrial zippers, flowey fabrics and even baggy leggings… but we can’t forget the embroidery, crystals and graphics. As I viewed look by look I wondered how so much could be crammed into such a pretty collection without seeming like overkill? 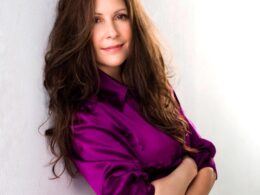 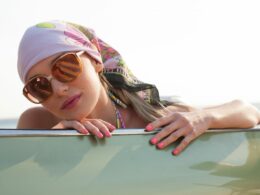 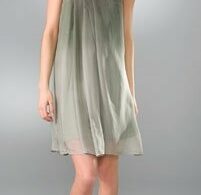 Well, it’s clearly a good time for the sale shopping! What with yesterday’s Neiman Marcus sale announcement and…
byMarlene 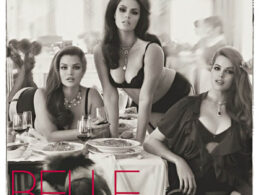 Having lived with one of the top plus size models during my days in New York, I have…
bydiane