I don’t know what it is, but there is something about the Paris shows that make my head spin. The creativity, the austere air of French Couturiers, something always leaves me in awe…jaw dropping. This year amidst the prints, patterns and absolutely genius presentations ie: Jean Paul Gaultier, I was drawn to the subdued and subtle. The collections that paired everything down to muted and serene tones wrought the amazing construction and purely impeccable design.

Most notably Givenchy and Celine. At Givenchy Ricardo Tisci toned way down from his usual black or printed looks to a milder palette and creamy neutrals with only splashes of never- go- wrong black. Tisci has a way (like most Italian designers I suppose) of making the pulse quicken with every look that tromps down the runway. Powdery colors in fitted and perfectly cut pieces that looked at times like draped marzipan hugging the body perfectly then alternatively turning to a dangerous piece that boasted leather or an accent of a shark tooth pendant.

On a beauty note, faces were kept clean and fresh nay for the little fish scale like specs applied in the center of the lower lash line, while the hair was kept flowing and not overly done resulting in a sexy and carefree but powerful look.

At Celine, Phoebe Philo also showed a sexy and powerful collection but with a different kind of spin. Though the waistline was highlighted in several looks by peplums or belted pieces these clothes were not ultra body conscious per say but rather the kind that requires the wearer’s confidence to shine through.

It seems that Philo took a cue from a few well season Japanese design masters in the precision and cut of the line including the wide sleeves. Boxier shapes in liquid like fabrics lent a movement and distinction to each garment that only a focused and intellectual designer could do.

I for one loved the luxurious bend and ease that this collection exuded, but there was just one caveat… these clothes when worn without the skyscraper sexy heels could become matronly rather quickly. In Philo’s case however the styling was perfect, looks were propped up with well placed heels and added pops of color were sprinkled throughout with handbags and accessories keeping the looks fresh and modern. 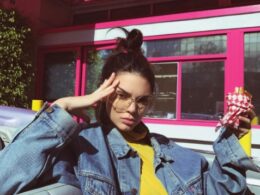 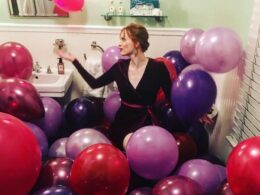 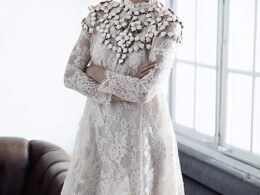 Carefree Bohemian designs will make you want to get to the beach, stat.
byChristina Silvestri 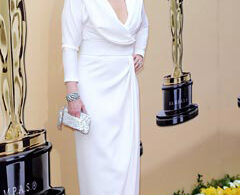 Like me, many of you watched the over three hour long Oscar telecast last night waiting on the…
bydiane