Oh what a difference a little makes. Remember the brew ha when Naomi Campbell threw her cell phone at her assistant? Or any of the many tantrums that haunt her resume? Well somehow we still can’t get enough of divaness. Miss Naomi sat down recently with Mickey Rapkin of Elle Magazine to chat about her new show. Take a look at excerpts below.

The Face, a reality competition show she’s bringing to Oxygen this month. The pitch: Campbell, Karolina Kurkova, and Coco Rocha each handpick aspiring models for teams that will contend for the show’s top prize, a cosmetics contract. The formula one-ups that of its aging-out predecessor, America’s Next Top Model, by adding a dose of The Voice—and is a serious coup for a network better known for comfort food (Jersey Couture) than for upscale fare from bona fide fashion icons. It’s an interesting gamble for Campbell, too.

“I’ve always been very shy of doing television,” she says, in her Cool Britannia accent. “I’ve always said no. Not to be disrespectful to anyone—I didn’t want to say yes and then let people down.” It was the show’s mentorship angle that ultimately sold her on it. “Because it was done for me!” she says. “When I first got Yves Saint Laurent Couture, I didn’t know how to take off a cape. I would ask Katoucha and Dalma—the real divas of the runway—‘Can you show me?’ I’ve never been afraid to ask for help.” The aspirants on The Face need not fear, she says: “I care for my girls. Every single one of them. I’m not here to put anyone down.”

Could it be that the Oxygen network didn’t get the memo about New Naomi? In the months leading up to her show’s debut, the channel got plenty of mileage from the old Naomi, or at least her reputation, airing a promo clip of Campbell chastising a young model. During a visit to the show’s set in Brooklyn, I observe her coaching her two finalists in the art of the red-carpet interview. Her delivery is classic schoolmarm—loving, but curt. “I want you to write this down,” she tells them. “Time is of the essence. If someone hands you a gift, they want you to take a photo with it. If you don’t like it, smile. Say ‘It was so thoughtful for you to come all this way to give me this gift.’ ” Even after the cameras stop rolling, she can still be heard giving them advice. (Asked how The Face would differentiate itself from ANTM—Campbell famously buried the hatchet with Tyra Banks a few years ago after a long-standing feud—Campbell invokes the best defense: “I don’t watch the other reality model shows. I’ll never have anything to say. If you ask me about Tyra Banks”—for the record, I hadn’t—“I’m proud of her as a woman of color. She’s given girls opportunity, and God bless her.”)

As an executive producer, Campbell’s backstage role has largely been picking up the phone to assure, say, Zac Posen that it’s safe to get involved with a new show on a network known for Tori & Dean: Home Sweet Hollywood. “I’ve modeled at a certain level, and I don’t want to go below that,” Campbell says. It’s a nice thought, but this is reality TV; the show is decidedly a mix of high and low. While she brought in photographer Patrick Demarchelier for an episode and corralled the iconic Pat Cleveland for a guest-judge spot, discount chain Marshalls sponsors one challenge and Kleinfeld Bridal (of Say Yes to the Dress fame) provides the dresses for another.

High, low, good, bad—does it really matter? For a certain crowd, anything Campbell does is a must-watch. “The first time I saw her cry in an elimination I thought, She’s in this,” says Rod Aissa, Oxygen Media’s senior vice president. “The public will see the Naomi that her friends know. That doesn’t come across in a picture, but it does come across on television.” 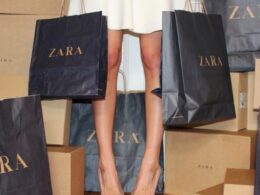 Do you find yourself frequently popping into H&M or Zara, leaving the store only to wonder why you…
byChristina Silvestri 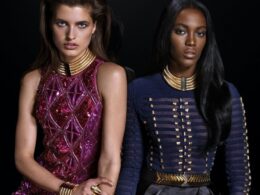 In what is arguably the most anticipated designer-retailer collaboration of the year, images from Balmain x H&M collection…
byChristina Silvestri 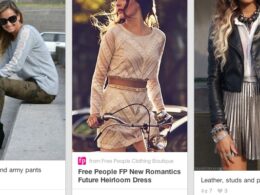 Pinterest has released its most popular fashion pins of 2013.
byChristina Silvestri 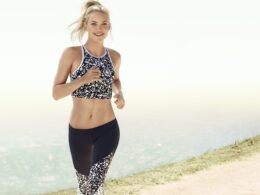 If you’re stuck in a rut at the gym, freshen up your routine with a new pair of fun…
byChristina Silvestri