2013 has already brought in a new slew of controversy in the modeling arena. I almost can’t believe that I am giving air to the story with all of the important things going on in the world…. But here goes… In Israel a law banning “too-skinny” models went into effect. From an industry perspective I wonder really how much change this will bring about? Working with models nearly every day for the last twenty plus years I think the answer is more integrated. There is so much misinformation and so many confusing diets out there, then add that to the barrage of convenience foods that we consume and you have young women practicing nutritionally unhealthy habits to maintain a lithe physique. While others are simply genetically gifted with fast metabolisms and long lean frames… But see what you think…

Yahoo.com reported The law, approved last March by Israel’s legislating Knesset, requires models to prove they have maintained a Body Mass Index (BMI) of at least 18.5 for three months prior to a fashion shoot or show. That means a woman who is 5’8” tall can weigh no less than 119 pounds. It also requires advertisers who thin out a model’s body with retouching software to make it clear that they have manipulated the images.

“This law is another step in the war against eating disorders,” said physician and law co-sponsor Rachel Adatto (with Danny Danon) after a 2011 reading of the draft, according to the Times of Israel. Underweight models, she explained, “can no longer serve as role models for innocent young people who adopt and copy the illusion of thinness.”

But critics of the law in this country say it and others like it—the Madrid Fashion Show’s ban on women whose BMI is below 18, for example, and Milan’s Fashion Week’s ban on models with a BMI below 18.5—are misguided, focusing on weight instead of health. They also say the Israeli ban is bound to fail because of the muscle of the fashion industry.

“I think it’s an approach that isn’t going to work,” eating disorder expert Susan Ice told Yahoo! Shine. Ice, vice president of clinical services at Renfrew Center, a pioneer in the treatment of eating disorders, worked with the Council of Fashion Designers of America (CFDA) to create guidelines for models which, rather than focusing on BMI, strive to educate the industry and foster a healthy working environment.

“I think that’s a much more enlightened approach, a more likely-to-succeed approach, and an empowering approach,” Ice says. Plus, she says, through working with the CFDA, “I’ve learned that designers are really artists, and we have free speech here. We can’t tell anyone how to do their art….If designers want women to look like boys or if designers want women to look like 8-year-olds, you’re not going to change that.” 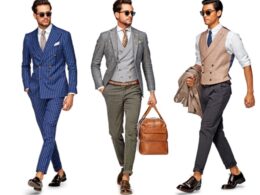 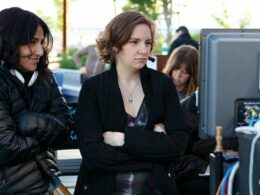 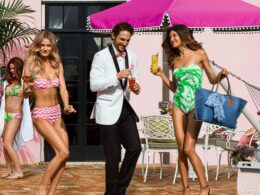 Get ready to plan one colorful beach party. Images of the much-anticipated Lilly Pulitzer x Target collection are…
byChristina Silvestri 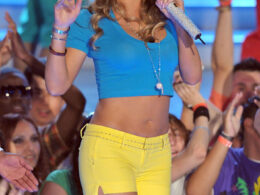 Hey all, Got any burning fashion questions like how to wear high-waisted pants or what the heck gladiators…
byMarlene