Colorful and vivacious, Karl Lagerfeld and his posse of ever-chic models and celebs touched down in Havana, Cuba for Chanel’s 2016/2017 resort show Tuesday.

Chanel flew in 700 guests, including the likes of Kristin Stewart, Tilda Swinton and Gisele Bündchen, for the event at Cuba’s historic Paseo del Prado. Vin Diesel also made an unusual appearance since he was on location filming the next “Fast and Furious.”

As for the clothes, Lagerfeld managed to delicately combine classic Cuban motifs with a French spin, including Cuban cigars, Panama hats and graphics of Cadillacs.

“The collection riffed lightly on Cuban-isms: The neat vertical pleats of guayaberas — typical men’s shirts — were incorporated into Chanel jackets; beach-y colors and slogans were splashed across nubby tweeds and souvenir T-shirts, and the vivid paint jobs on bulbous Fifties cars were echoed on sequined dresses. One of the latter, in teal, hugged the curves of Lindsey Wixson — a wiz at sashaying down a runway — like a fender does a tire on a vintage Chevy.”

Even Lagerfeld himself – who is usually unmistakably dressed in a strict uniform of black and white – embraced color wearing a sequined Hedi Slimane Sant Laurent jacket.

Without suffering from to much FOMO, here’s some photos recapping the best of fashion’s Havana night on the town.

Looks like the taxis have arrived for the Chanel show…#chanelcruisecuba

In case you were wondering, we’re still not over all of this ⤴️

Last nights entire #chanelcruisecuba show (including an inexplicable cameo from @vindiesel?!) at the link in our bio. 💃🏻💃🏽💃🏿

Everyone got into it. #chanelcruisecuba ( PS my favourite dress) 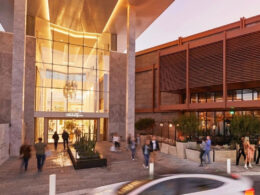 Shop and submit your receipts to donate up to $10,000 to your favorite nonprofit.
byChristina Silvestri 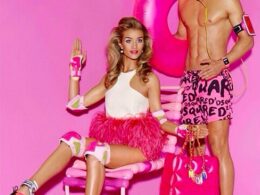 Happy Birthday, Barbie! All of Her Best Looks 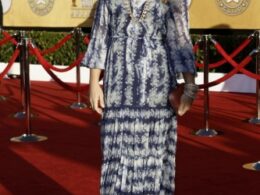 As we said yesterday, majority of the looks that walked the SAG Awards red carpet were fairly safe,…
bydiane 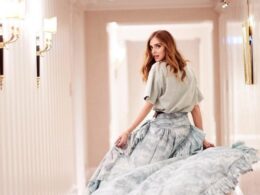