The Barrett-Jackson car show at WestWorld of Scottsdale brought out everyone from Hollywood stars and local celebs to dedicated auto enthusiasts. Our photographers scouted the scene capturing the essence of the weeklong auction that was chock-full of entertainment and charity events. Event-goers at the World’s Greatest Collection Car auction seemed to either complement or undermine the gorgeous collector cars with their sartorial choices. Here are AFM’s selections of some of the best and worst dressed at Barrett-Jackson Scottsdale.

BEST
With class and a sense of singularity, these Barrett-Jackson Scottsdale attendees knew how to dress to impress. 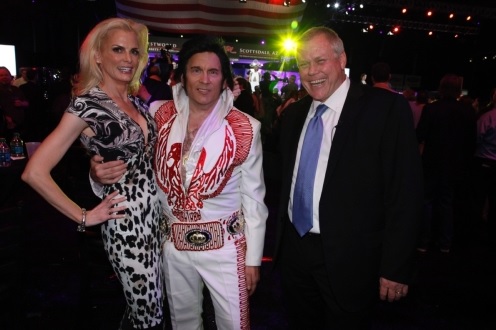 Craig Jackson and fiancée Carolyn Mullany paired upbeat attitudes with prints and a pop of color at the Barrett-Jackson opening night gala. Carolyn stunned in a figure-flattering multi-print dress that hit just above the knee with capped sleeves and a plunging neckline. 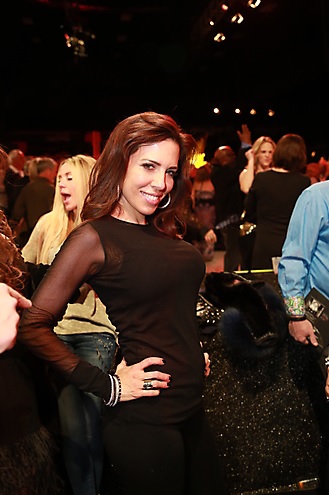 As a fine jewelry designer and Best of Our Valley winner, it’s no surprise that Jacqueline Nerguizian was among the best dressed at Barrett-Jackson. Spotted in the VIP section of Craig Jackson’s skybox, Jacqueline donned a classic all-black ensemble, where sheer black sleeves naturally gave way to some killer accessories.

WORST
In other news, the following getups would never make the pages of Arizona Foothills. 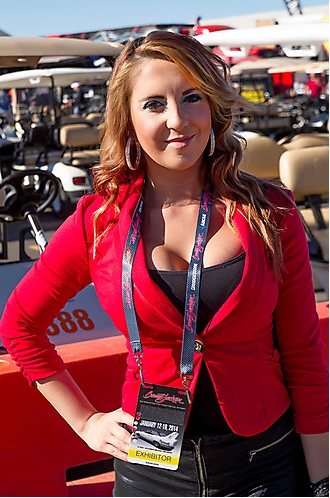 This outfit had the potential to look sporty and professional. However, from the loosening bottom zipper to the two-sizes-too-small jacket, the whole outfit is just too tight all over. 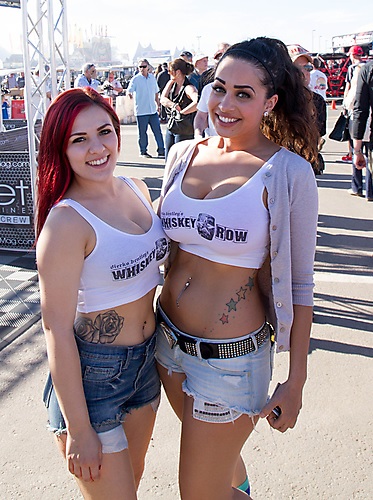 I’m assuming the girls were told to wear these outfits as “uniforms,” so some pardon is granted. There’s just too much skin, period. Let’s honor the crop top trend and not abuse it by lengthening the top down to the naval. As for the bottom, try a high-rise pair of bootcut jeans or a flattering high-waisted skirt that hits right above the knee instead. 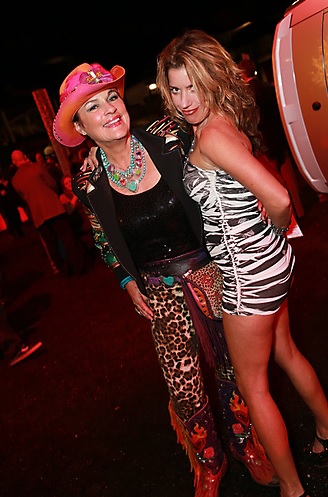 Take this as a lesson in how not to wear prints. Take bodycon dressing as you will, but a ruched side-tie bodycon dress in a print conducive to an eye seizure is a disaster.